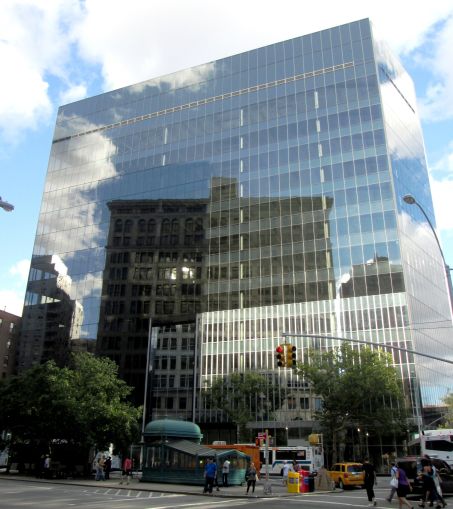 Two major lenders took to Astor Place for another mega-deal in the hip college neighborhood.

Bank of America and Barclays provided New York-based Edward J. Minskoff Equities with a $370 million loan on the firm’s 51 Astor Place office tower, a person with knowledge of the deal told Commercial Observer.

The real estate acquisition and development firm is using the loan to refinance and pay off construction financing on the office building, that person said on the condition of anonymity. Bank of America had initially provided a $165 million construction loan for the property in 2011, city records show.

The development of the tower, which was completed in 2013, cost roughly $300 million with Edward Minskoff, the firm’s president, providing $135 million in equity to finance the project, according to published reports.

The office property occupies the entire block between Third and Fourth Avenues and East 8th and 9th Streets. Minskoff Equities has a 99-year lease on the land with The Cooper Union for the Advancement of Science and Art, which sits directly across the street.

St. John’s University also has a large footprint in the building, currently renting 70,500 square feet in the building’s first and second floors, as well as a portion of the concourse level.

The national pharmacy chain CVS signed on to anchor the building’s ground-floor retail component last month, with reported asking rents of $350 per square foot for the 11,500-square-foot space.

JLL Managing Director Dustin Stolly and Executive Managing Director Peter Nicoletti brokered the $370 million loan from Bank of America and Barclays, according to a JLL spokeswoman. Representatives for the two banks declined to comment. Mr. Minskoff did not respond to inquiries by press time.

Update: This story was updated to include the names of the brokers who worked on the transaction.