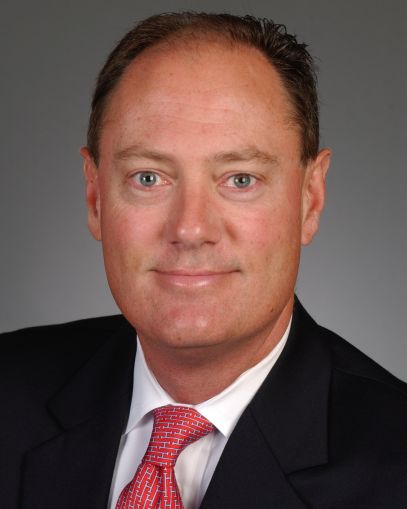 Gary Magnuson told Commercial Observer about his plans to grow the $8 billion commercial real estate loan book he oversees, as Citizens Financial Group finalizes its separation from the beleaguered Royal Bank of Scotland. RBS acquired Rhode Island-based Citizens in 1988 and spun it off last year due to pressures from the British government for RBS to shrink its balance sheet following a government bailout. In September 2014, Citizens became its own publicly traded company in one of the largest commercial bank IPOs in U.S. history.

Mr. Magnuson, who joined the company in 1991, noted that Citizens’ regained independence has breathed new life into the bank’s commercial real estate finance platform and other divisions. His team continues to lend on all major asset types in the mid-Atlantic region, New England, Chicago and Charlotte, N.C., and is now exploring new opportunities, he said. The bank recently provided a $28 million construction loan to Jonathan Rose Companies for an apartment project in Downtown Brooklyn to serve residents of various incomes and a $50 million construction loan to an affiliate of Blue Vista Capital Management for a mixed-use housing development in Chicago.

Commercial Observer: Where did you grow up and how did you get started in banking?

Mr. Magnuson: I was born in Baltimore and grew up in upstate New York, Long Island and New Jersey. I started in banking as a management trainee at Bank of New England in Boston after graduating from college.

How long have you been with Citizens Bank?

I’ve been with Citizens for 24 years.

Can you talk about the bank’s commercial real estate finance business as Citizens splits from RBS?

We’re at an exciting time and a crossroads for our entire company. We’ve done an IPO and we’re well on our way to becoming an independent, publicly traded company that can compete with other banks on a level playing field.

We’ve got about an $8 billion commercial real estate portfolio. It’s been growing at a nice clip over the last few years, and we target all of the major product types in commercial real estate—multifamily, office, retail, industrial and hospitality. Obviously, multifamily has been where the action has been over the last few years, although we are now starting to see resurgence in office. We focus on mid-tier and larger sponsors, as well as real estate investment trusts. We have a REIT group that operates nationally and we target deals within our footprint on the East Coast, but we also follow our sponsors outside of our footprint.

What kinds of deals are you currently targeting?

We target loans in the $20 million to $75 million range. Many times we’ll have two or three deals going with a given customer, but on a per project finance basis, we generally stay within that range. We do larger deals, which we syndicate, and those run the gamut from construction to refinance. We’re a balance sheet lender, so everything we do ends up on our balance sheet today. Our business is really focused across our footprint, but the key markets are Boston, New York, Philadelphia, Washington, D.C., Charlotte and Chicago.

It’s a competitive market for lenders right now. To what extent does that impact you and your team?

We work with some of the best real estate sponsors in some of the best markets in the country and, arguably, in the world, so we need to be competitive. We compete based upon our market knowledge, our experience and our ability to deliver and execute. Certainty of execution is of key importance to the client base we work with.

Has the spin off from RBS been a difficult or smooth transition so far?

Since we got back on our feet after the recession a lot quicker than RBS did, we needed to grow and that’s been a challenge. The separation now is good. It’s in the best interests of both companies and Citizens is energized by it. We are working extremely hard to make this a successful series of transactions to become fully independent. The IPO that we did in September was, I’m told, the largest commercial bank IPO ever in the U.S.

What are your plans for Citizens’ real estate finance division looking ahead?

We plan to grow our commercial real estate business in a thoughtful way and continue to serve our clients’ needs and help solve their business problems. We want to deepen our relationships by providing debt capital, but also deposit and treasury management services as well as other solutions such interest rate protection products.