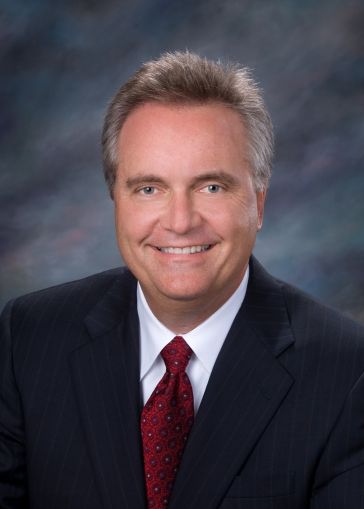 Brian Stoffers, who oversees the global debt and structured finance business for CBRE Capital Markets, told Commercial Observer about his more than 30 years in the industry—which began with CBRE’s predecessor Coldwell Banker Commercial. The seasoned Houston-based executive also gave his take on the latest global trends driving deal activity from the U.K. to Japan and his reasoning for why it’s too early to make any concrete bets on China. Mr. Stoffer’s group has closed more than $112 billion in loans since 2007, according to figures from CBRE. In 2015, his team operates in North and South America, Asia, Europe, the Middle East and Africa.

Commercial Observer: Where did you grow up and how did you get started in the business?

Mr. Stoffers: I’m a native Southern Californian and grew up in the City of Orange. I began my career with CBRE in 1981, in what was called the “Wheelie” program, rotating among various divisions. After a year, I landed in the mortgage banking department of CBRE in San Diego. It was a tough but good environment to begin a career placing debt, as the 10-year treasury was nearly 16 percent at the time, and the economy was in terrible shape. My first transaction was with a savings and loan association, placing a floating-rate loan on a two-story strip center. The developer thought I was a hero for obtaining a 13.5 percent start rate on the deal!

So you joined CBRE prior to its acquisition of L.J. Melody in 1996. How has your role evolved since then?

I was part of the acquisition team at CBRE when the firm purchased the L.J. Melody Company in Houston. Larry Melody was an iconic figure in the commercial mortgage business and a great role model for me. I commuted to Houston for nearly a year before moving my wife and two young children to the Bayou City. It was a big adjustment for everybody and friends in the industry literally had wagers on my marriage surviving the move and my ongoing career choice to move from the CBRE office in La Jolla.

Since the move in 1997, I had a variety of roles in the firm. Larry Melody appointed me as chief operating officer, and over the ensuing years we purchased eight regional mortgage banking firms. All were best in class and represented many of the same life insurance companies. We had similar cultures, but integration of these firms into the larger organization was mission critical. When Larry Melody retired, I was asked to step in as president of the division. A team effort amongst a great set of professionals in the organization helped in growing the organization to where we are today. In 2014, we originated and sold loans amounting to nearly $32.5 billion. Our loan servicing portfolio was over $85 billion at year-end in the States, while our portfolio in Europe was nearly $30 billion.

When did you move up into your current position?

Last year, I was asked to head up the Debt and Structured Finance business for CBRE globally. This is a huge opportunity for the firm to take best practices from the States and serve clients abroad.

When it comes to the biggest deal opportunities around the world, what regions are you and your team most focused on right now?

We see huge opportunities intermediating debt in the U.K. and Continental Europe, as well as Australia and New Zealand, Japan and potentially South Korea. The debt brokerage business in Europe is less mature than many markets and CBRE’s ability to staple debt to a very large investment sales business is quite large. Debt brokerage in Australia is more mature. In that market, we’ve brought some U.S.-based capital sources to the market and are working in niches where the long-established Australian banks are less competitive.

What’s one of the more complex debt deals your team closed this year?

We represented Fountains Senior Living Holdings in the $640 million sale of The Fountains Portfolio, a 15-community portfolio spread across 11 states. The deal also involved the arrangement of a $410 million loan to fund the acquisition. We were able to secure a price that the seller was pleased with while limiting transition risk for a diverse and complicated portfolio of assets through the retention of the current manager; it was a win-win solution for all parties involved. The financing was complex with many moving pieces, especially considering the composition of the Continuing Care Retirement Communities. We ultimately secured a seven-year fixed rate loan, which included interest-only for 39 months at an all-in-rate of 3.92 percent.

Are you seeing more opportunities in developing and economically challenged countries that lenders might have avoided several years ago?

Most lenders today are interested in financing in countries with legal statutes that offer them protection in the case of default. Additionally, they want to lend in mature markets with transparent features, such as occupancy rates and rental conditions. These are hard to find in developing countries. Spain is a market, however, that has turned the corner from the downturn and is back on the screen for lending.

When you look at the changes occurring in China, what do you see as the most interesting story?

I believe the China story has yet to fully play out. The government in China controls everything, including the financial markets. Since China is such a huge exporter of outbound capital targeted for commercial real estate investments, any shifts in policy there could have a profound impact on markets around the globe.

What are the biggest ups and downs of the global markets in mid-2015 in your view?

Global equity markets have shown a lot of volatility this year, and the tech market in the U.S. is at pretty high levels now. This volatility bodes well for investment in commercial real estate, as cash-on-cash yields for CRE are quite healthy. The fixed nature of real estate with the added feature of income growth makes the asset class a good bet for many investors.

Are you worried about low oil prices impacting commercial real estate on a global level?

Oil prices have created a mixed blessing for commercial real estate. Lower prices translate to more consumer-spending power and have a positive impact on retail sales, which are good for shopping centers. The obvious potential downside exists for cities like Houston with large concentrations of oil-related tenants. We’ve yet to see a huge negative impact there, however, given the large amount of pre-leasing for projects currently underway.

What are some of your other expectations looking ahead?

In the next three years or so, we expect to refinance a large number of transactions originated 10 years ago during the CMBS boom. Additionally, investment sale activity is expected to be quite robust given the relative value of the asset class.

To what extent does that impact your team’s approach to doing deals?

This is a great market to borrow money, given low interest rates, a good time to be a lender, given relative yields from real estate compared with corporates or other fixed-income alternatives, and a wonderful time to be an intermediary creating debt capital structures that unite borrowers and lenders together.