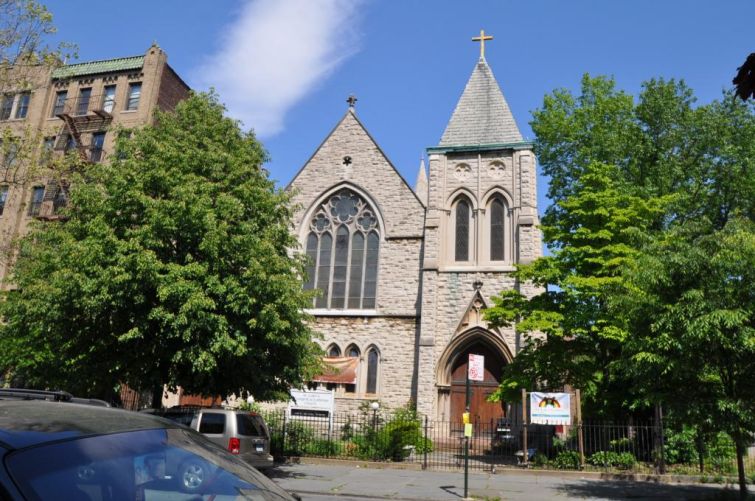 Brooklyn developer Brookland Capital has purchased St. Luke’s Evangelical Lutheran Church of Clinton Hill for $8.8 million and plans to convert it into a residential condominium, Commercial Observer has learned.

The deal closed last night and is a neighborhood record sales price this year, according to Mark David Fromm of Town Residential, who brokered the deal on behalf of Brookland along with colleague Brandon N. Gibson.

The New York Daily News reported in April 2014 that the 145-year-old church was closing that summer as it faced major repair costs and a shrinking congregation.

St. Luke’s Evangelical Lutheran Church of Clinton Hill is 29,250 square feet and the site offers 32,000 buildable square feet. The developer plans to extend the building in the back and restore part of the exterior, Mr. Fromm said. The company is “known for keeping the integrity of the structure,” Mr. Gibson said.

“If you look at the structure, the facade of the building is absolutely beautiful,” Mr. Fromm said. He noted that the building overlooks Pratt Institute‘s main campus, with its “beautiful structures, grass, light and air.”

Savills Studley’s Richard Eaddy, Melissa Hein and David Carlos represented the seller. Mark Chin of Keller Williams, who was at Town during the deal-making, represented Brookland Capital in the transaction along with Town’s Matthew Steer.

“Savills Studley and our client are very pleased that the buyers recognize the architectural significance of this property and intend to retain major elements of the church,” Mr. Eaddy said via a spokeswoman. “Hopefully, the structure will continue to enhance the surrounding community for years to come.”

Mr. Chin didn’t immediately respond to a request for comment.

Update: This story was edited to include the names of the seller’s brokers and a comment from one of them.