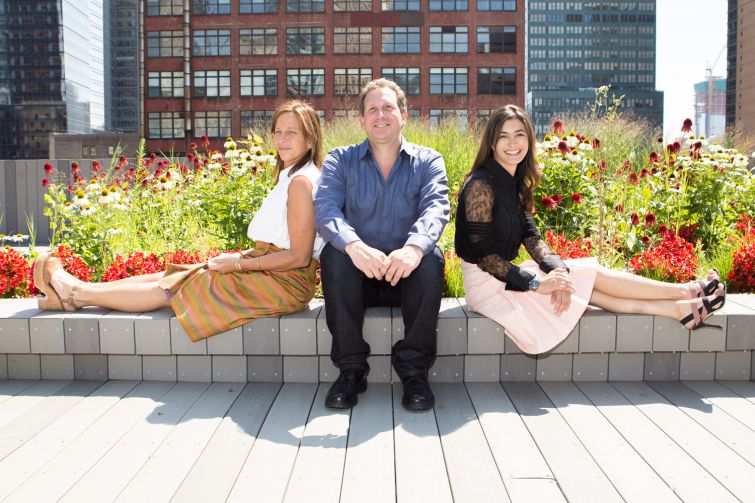 They may only be a party of one, but some of New York City’s solo real estate professionals are giving brokers at larger firms a run for their money.

While they are not equipped with all of the resources that brokers at larger firms have, these solopreneurs have established their own methods for thriving.

Here is a look at three wheelers and dealers who are working with high-profile clients and bringing in sizable paychecks despite their teeny tiny size.

Robin Zendell of Robin Zendell LLC
Robin Zendell started in the commercial real estate business as an intern at Walker Molloy & Company while in college at Columbia University in the late-1980s.

“My mom said I needed a skill other than art history,” Ms. Zendell said.

Still, she pursued a path in the art world, working as a curator for billionaire Ron Perelman and running the John McEnroe Gallery on Greene Street, she said. But she also heeded her mother’s advice and had a 10-year stint as a residential real estate broker in New York and Connecticut before going to work for GVA Williams, now Colliers International. There she helped manage all East Coast real estate leasing and negotiations for American Express Financial Services. Her first deal on her own while at GVA Williams was bringing Restoration Hardware to 114 Prince Street for its first New York City space. And then she represented Tommy Hilfiger at 372 Broadway.

“That was my first hoorah,” Ms. Zendell said. “That was really exciting and I loved it.”

She worked at CAA, the top talent agency in Hollywood, Calif., before returning to New York and brokering at RKF from 2006 to 2008. She then worked for developer Asi Cymbal, the president and founder of Cymbal Development, whose sites were in the middle of the Miami Design District.

In 2009 she started her own company (initially called Retail Space NY) as a luxury tenant representative. She has had her office on the fifth floor of a townhouse at 58 East 79th Street between Park and Madison Avenues for the last two-and-a-half years.

She survives as a solo practitioner by having “allies and friends in the industry,” Ms. Zendell said. “We all work so hard, so looking out for close friends and colleagues is essential. That and of course my Blackberry.”

“My clients, I believe, are the best in the world,” she said. “I feel very lucky.”

David Latman of DLL Real Estate
After more than a dozen years at his own firm, David Latman has his data management system down.

“In order to be competitive as a solo practitioner, I need to be able to manage data,” Mr. Latman said. “Much of my day is maintaining data.”

He gets that information from walking around the city (he even has the streetscape of Manhattan and parts of Brooklyn and Queens mapped out on his computer) and talking to people. (He has over 8,100 contacts in his Blackberry.)

In getting deals done, it’s the long-term relationships that probably matter the most.

“I enjoy long-term working relationships, and repeat business, with most of my tenants,” said Mr. Latman, who doesn’t require tenants to sign exclusive deals. “Some of my active working relationships extend more than 25 years. You asked how I obtain clients—many are via original thought and hard work; others are via referral from not only tenants but also via the professionals [like] architects, attorneys, contractors and vendors that work with my tenants.”

He has done a wide range of transactions, although right now he’s focused primarily on restaurant tenants.

Current clients include Dig Inn (formerly The Pump Energy Food), which he has worked with since 2007, and he represented Serafina in a recent lease for the entire 5,400-square-foot building at 113 Reade Street in Tribeca, as CO previously reported. He has closed three deals for Aroma Espresso Bar and is working on closing his first deal with Brgr.

One of the biggest perks of working for yourself is that you can control your own schedule.

“I’m very happy doing what I do when I want to do it,” said Mr. Latman, who works out of his home in Sutton Place.

While it’s early in the Hudson Yards leasing phase (she is focused on presentations now), Ms. Baxter was key in bringing Aspen, Colo.-based, high-end cosmetics company Cos Bar to Brookfield Place as well as Gucci and Tory Burch, she told CO in May after her contract there ended.

Ms. Baxter got into real estate at Syracuse, N.Y.-based Pyramid Companies, the largest privately owned developer of shopping malls in the U.S. Her father was a founding partner but was deceased when she worked at Pyramid for two years starting in April 2002.

Transitioning to a team of one in April 2010 was natural for Ms. Baxter.

“I think I thrive as a solopreneur,” Ms. Baxter said. “Prior to starting my firm, I worked from [my Manhattan] home for four of the six years that I was at Prime Retail, which was based in Baltimore.”

While Ms. Baxter has a real estate license, she has never executed a real estate deal. She prefers to be a consultant as it’s “more holistic and strategic” and as her own boss, she is selective about which projects she takes on.

“I say ‘yes’ or ‘no’ based on whether I have passion for a project,” Ms. Baxter previously told CO. “I have to believe in the project fully. I am not saying that in a flip way.”

Ms. Baxter’s strength lies in quality over quantity whether in project selection or relationships.

“I may not have a Rolodex—do people even call them Rolodexes anymore?—with 1,000 people’s names in it, but the people that I know, I know really well.”