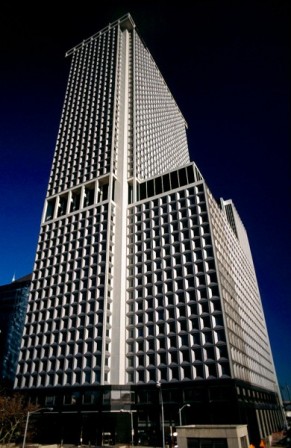 A full floor is off the market at Brookfield’s 1 New York Plaza, following a tax accountant’s decision to relocate two blocks south.

Globe Tax Services inked a deal for 42,700 square feet spanning the whole 34th floor of the 50-story tower, Real Estate Weekly reported. The firm is moving from 90 Broad Street in the lease.

Asking rents in the 2-million-square-foot building run from $50 to $54 per square foot, according to CoStar.

Brookfield poured $14 million into renovating the concourse of the building after it was flooded by Superstorm Sandy. Concourse tenants include Chipotle, Starbucks, Schnippers. Naya Express in March signed a lease for 1,620 square feet, as Commercial Observer reported.

In the office portion of the building, Globe Tax Services will be below Morgan Stanley Smith Barney, which leases the 35th and 37th through 41st floors of the building, according to CoStar. Mega law firm Fried, Frank, Harris, Shriver & Jacobson leases 390,710 square feet in the building.