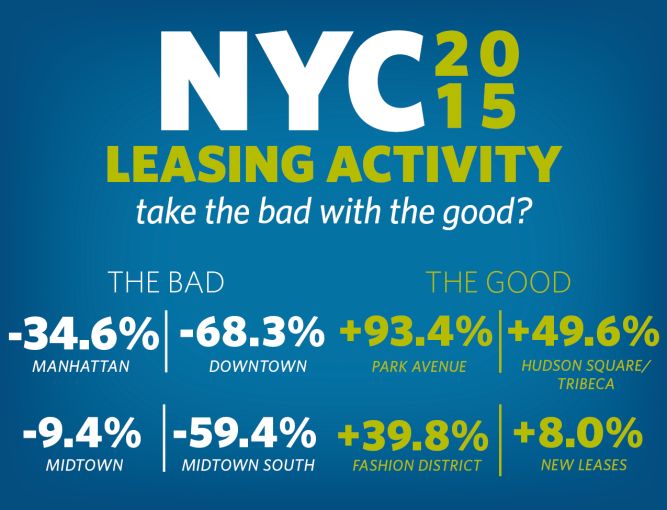 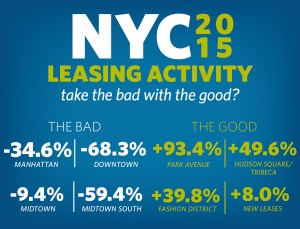 Despite the decline in leasing velocity, there have been some encouraging signs. New leases are more dominant in 2015, accounting for 73.6 percent of the square footage leased this year, compared to 65.7 percent in 2014. Submarkets like Park Avenue had the biggest increase in leasing activity with over 2.3 million square feet leased this year, a 93.4 percent increase compared to last year. The Hudson Square/Tribeca submarket also shined with a 49.6 percent increase in leasing activity, and the Fashion District had a sizeable increase as well, up 39.8 percent compared to 2014.

Through midyear 2015, the top two industries to lease space swapped spots on the list, as professional services took over the number one spot with 29.5 percent of the leasing activity, up from only 20.3 percent last year. The financial services sector moved down to the number two spot accounting for 23.1 percent of the year’s activity, down from 26 percent last year.

With a slowdown in the first half of 2015, the Manhattan office market needs a strong last six months to reach 2014 year-end leasing levels, which means the pressure is on Downtown to chop away at the 21 large-block availabilities.