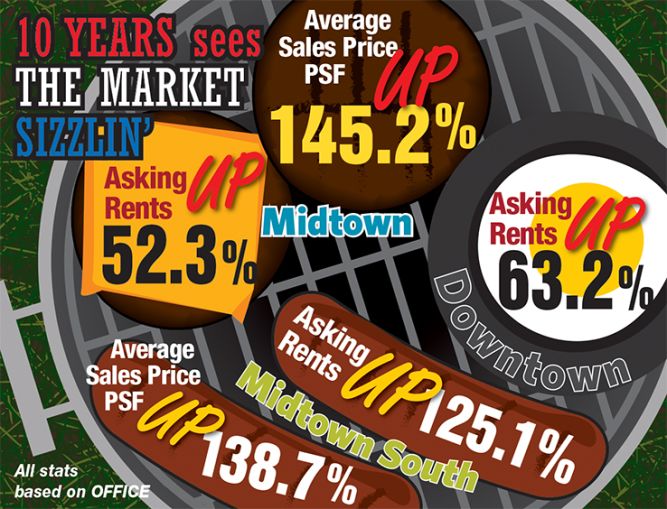 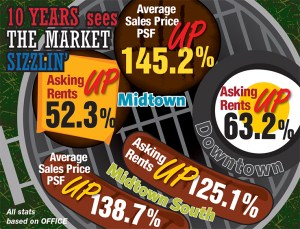 The Fourth of July was my father’s favorite holiday for two reasons: he was extremely patriotic and it was a great excuse to barbecue every meal. His Fourth of July barbecues started at 9 a.m. with breakfast, as neighbors would come by for his famous barbecued bacon, egg and cheese on an English muffin. The holiday would not be complete without his cheeseburgers at the end of the night once the fireworks were all finished. All of this barbecue talk got me thinking about the cost of goods and what these items cost my dad to cook compared to today. In honor of my dad, we go back to 2005—his last Fourth of July barbecue—to find out which key food items from barbecues past have appreciated more in ten years, and will compare them to the cost of Manhattan real estate.

By contrast, the ground beef used to make the best-tasting cheeseburgers on the planet is up only 79.9 percent per pound since 2005. (Did I just say “only?!”) And beating out both Downtown and Midtown asking rents (which are only up 63.2 percent and 52.3 percent respectively) is the increase in the price of eggs. Nothing beats my Dad’s barbecued bacon, egg and cheese on an English muffin on a Fourth of July morning, but those eggs would cost 68.4 percent more today than in 2005, and the entire sandwich would be up 127.5 percent.

Richard Perischetti is vice president of research & marketing at DTZ.