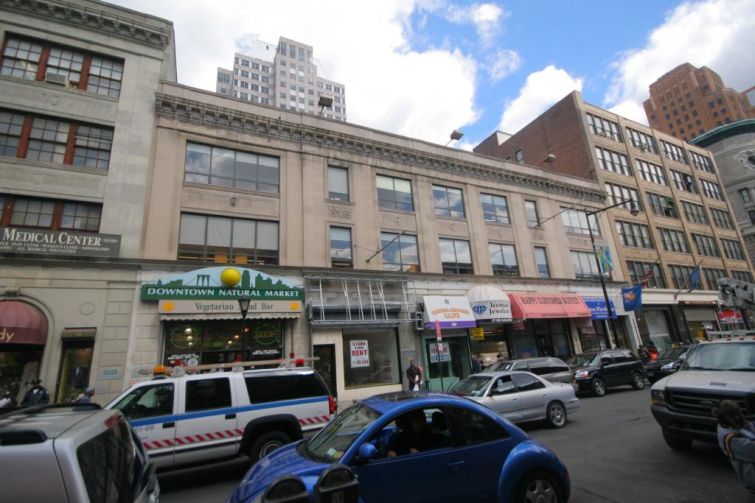 It’s out with an old school and in with a new one at 47-55 Willoughby Street in Downtown Brooklyn.

The International Charter School signed a temporary one-year sublease for the 20,000-square-foot space that Brooklyn Friends School occupied for the ninth through 12th grades in the 100 Equities Associates-owned building between Jay and Lawrence Streets, David Kleiser, the chief financial officer of Brooklyn Friends, told Commercial Observer.

International Charter School will occupy the lobby and the entire second, third and penthouse levels of the 40,000-square-foot building. The asking rent was about $30 per square foot, said Brian Leary, a managing partner at CPEX, who handled the deal for both parties with colleagues Rosanna Tapang, Timothy Cahaney and Richard Novak. International Charter School will launch the 2016 school year in August with 155 kindergarteners and first graders before adding other grades.

“We chose the building because of its central location, ease of access for families from across [school] District 13 as well as for our staff, who travel from all corners of Brooklyn,” said Matthew Levey, International Charter School’s founder and executive director. “It was also a good choice as Brooklyn Friends has undertaken significant renovations to prepare the space for use as a school.”

But because International Charter School projects rapid growth, it is negotiating with another landlord for a larger, permanent space, Mr. Levey said. He declined to specify what building they were targeting, but said the Willoughby Street building is big enough for its first year.

Brooklyn Friends School, which enrolls about 800 students from preschool through 12th grade, owns its main building at 375 Pearl Street in Downtown Brooklyn, about two blocks away from 1 MetroTech Center and one block away from the Willoughby Street building.

In 2014, Brooklyn Friends School signed a two-year lease renewal at the Willoughby Street building, giving it time to move the high school to 1 MetroTech Center. A year prior, the school had signed a 49-year lease for 44,000 square feet at 1 MetroTech Center. FXFOWLE Architects designed the build-out of the new location, which is expected to open next month in time for the next school year.

The expanded upper school will have 7,700 square feet on the ground floor with its own dedicated entrance, and occupy portions of the second and third floors. The school will include four science labs, three art studios, a black box theatre, dance and music studios, a 1,000-square-foot fitness center, a library, cafeteria and 15 classrooms for 240 students.

Mr. Leary said there is a demand for educational facilities in this market.

“With all the housing that’s been built and the bustling office market there is more need for infrastructure,” Mr. Leary said. “There are opportunities for new schools coming in and there has been quite a bit of activity in the area.”