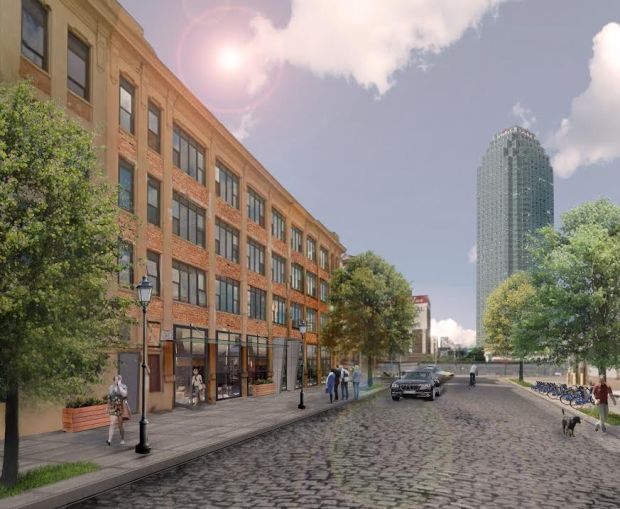 The Joffrey Ballet Center is taking 15,500 square feet in Long Island City for a new outpost for pliés and arabesques, Commercial Observer has learned.

The dance school and studio has inked a 10-year deal with the Vanbarton Group for the whole fourth floor of 47-16 Austell Place between Skillman Avenue and 27th Place, according to Cushman & Wakefield. Asking rent was in the $40s per square foot.

“Vanbarton is excited about the pace of LIC’s market growth,” said George Karnoupakis of Vanbarton Group in prepared remarks. “Joffrey is an exciting and meaningful addition to this submarket, further establishing the cultural significance of the area.”

Joffrey Ballet Center will anchor the 51,200-square-foot structure, also known as the Zipper Building since it’s the former home to the Waldes Zipper Factory. Vanbarton closed on the building in February for $7.7 million, property records show. The landlord is now overhauling the building with renovations that include new elevators, ground-floor retail as well as a spruced-up building facade, according to C&W.

Vanbarton has been taking over significant space all across the western Queens neighborhood. The landlord last week signed co-working powerhouse WeWork for 60,000 square feet at Studio Square (officially 35-37 36th Street) on the border of LIC and Astoria, as CO reported.