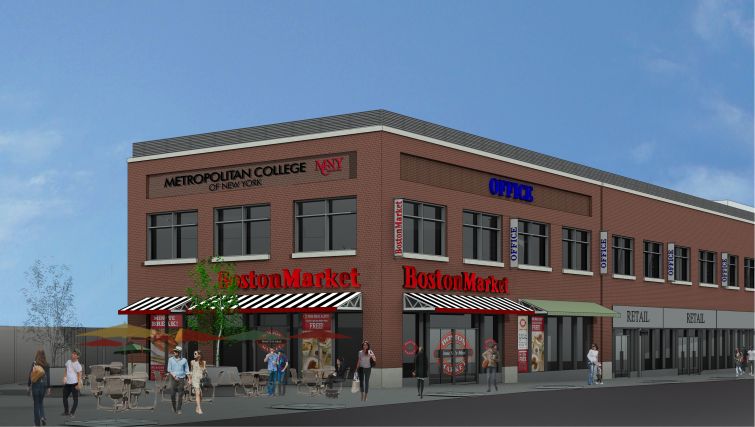 Developer Triangle Equities is almost ready to open its new multi-use facility in the Bronx, and the project is nearly fully leased.

The firm announced the signing of leases for two tenants, healthcare services nonprofit Brightpoint Health and DaVita Dialysis Center, at the $35 million, 88,000-square-foot Triangle Plaza Hub in the South Bronx.

The new leases total 24,900 square feet in the building, bringing it near to full-occupancy, as the New York Daily News first reported. The building on East 149th Street between Bergen and Brook Avenues is expected to open this fall.

“We are thrilled with the leasing velocity and overall level of interest tenants have shown for space at Triangle Plaza Hub,” Lester Petracca, the president of Triangle Equities, said in prepared remarks. “With our grand opening fast approaching, we’re excited to finally bring the services and amenities of this community-centric development to a deserving area.”

Brightpoint Health will occupy a 16,000-square-foot space on the second floor of the S9 Architecture-designed building. The lease is for 20 years. DaVita Dialysis Center is taking an 8,900-square-foot ground-floor space with a 20-year lease of its own. A spokeswoman for Triangle Equities didn’t immediately respond with the names of the brokers in the deals.

The new signees will join anchor tenants Fine Fare supermarket and  Metropolitan College of New York, which is relocating its Bronx campus to a 25,000-square-foot space in Triangle Plaza Hub.

Vistasite Eye Care, a provider of eye examinations, glasses and contact lenses, as well as Boston Market will also occupy space in the building, as Commercial Observer previously reported.

Two ground-floor retail spaces totaling 5,200 square feet are still available for lease in the building as well as 3,000 square feet in a stand-alone building that is being developed as part of the project.

Triangle Plaza Hub, which is replacing a municipal parking lot, had a groundbreaking ceremony in 2013. Triangle Equities was selected in May of 2011 through a request for proposals process by the city’s Economic Development Corporation to develop the project, which includes an 8,000-square-foot public plaza. The project was designed to meet U.S. Green Building Council’s LEED Silver certification.