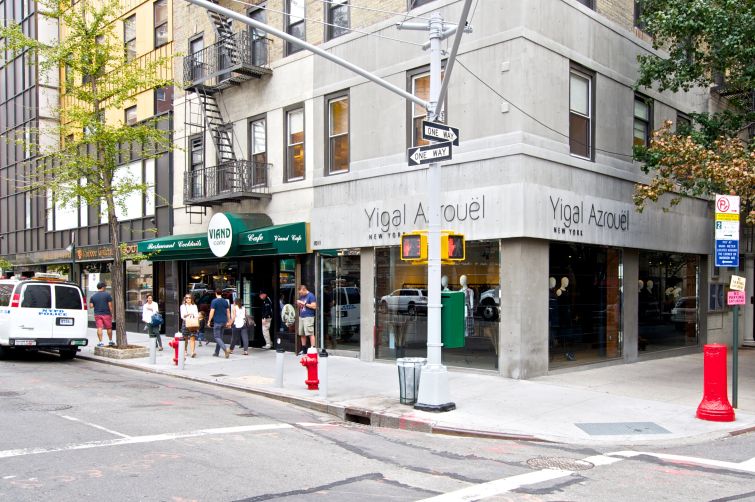 IRO, a Paris-based men’s and women’s ready-to-wear brand, is opening its second New York City shop at 1013 Madison Avenue at East 78th Street, Commercial Observer has learned. IRO signed a 10-year lease with a rent of $570 per square foot, or $48,000 per month, according to Plaza Real Estate Group. The space includes 1,000 square feet on the ground floor and 900 square feet for storage in the basement.

“This store was only on the market a short time, which is a sign of how desirable this location is for fashion designers around the world,” said Shaun Moamem of Plaza Real Estate Group in prepared remarks. He and colleague Ron Zucher represented the landlord, S&S Madison Associates, in the deal.

Falling on hard times, Viand closed in April after nearly 50 years in business.

“We are very pleased to have had the opportunity to bring our tenant, IRO, to Madison Avenue, one of the city’s best neighborhoods,” Ms. Mandel said. “We are sure they will be very successful here.”

IRO will be opening at the base of the six-story Madison Avenue multi-family building later this year.

“We have been waiting for a long time to bring our downtown IRO cool to the Upper East Side,” said IRO U.S. President Rahav Zuta in a statement. “I am extremely excited we have found the perfect home for our collection.”

IRO has 20 stores worldwide including three in the U.S.: one each in Soho (at 450 Broome Street), Beverly Hills and Venice Beach, Calif. It will be opening a shop on the Upper West Side in September, as CO previously reported.