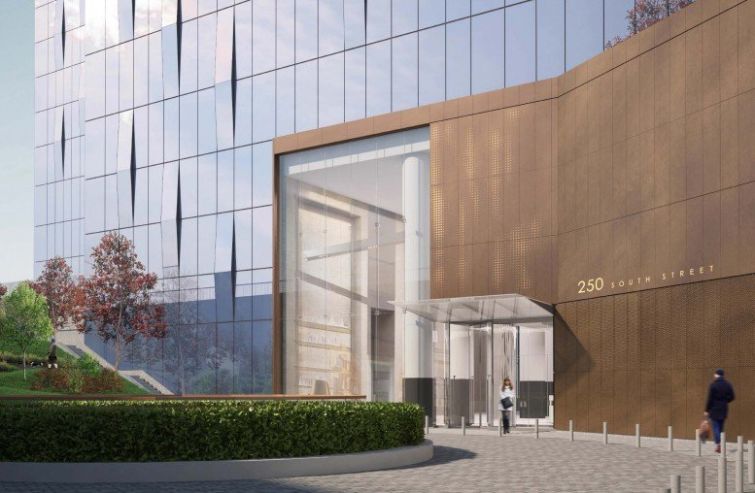 Deutsche Bank provided a $150 million bridge loan to Extell Development Company for the construction of its luxury condominium tower at 250 South Street in Lower East Side Manhattan, city records show.

The development company is expected to seek out a construction loan for the site later this year, a person familiar with the matter told Commercial Observer.

Once completed, the tower will primarily house residential condos, as well as retail and parking components. The Deutsche Bank loan covers four parcels.

Extell purchased a one-story building occupied by a Pathmark and a surrounding parking lot at the site, also known as 227 Cherry Street, for $103 million in March 2013. The development firm then acquired Pathmark’s long-term lease in a separate $46 million transaction, according to city records.

While the condo tower is set to reach 68 stories according to the most recent Department of Buildings filing from June 23, published reports have stated that Extell’s permit received a height reduction from 71 stories to 56 stories.

The 939,850-square-foot development, next to the Manhattan Bridge, has been hit with several complaints over the past year, including allegations that construction at the site damaged one of the surrounding blocks, according to complaints filed with the DOB.

Additionally, the Two Bridges Neighborhood Council has cited construction-related concerns regarding both the safety of residents and the preservation of neighboring structures and walkways.

The community organization also pointed to the loss of Pathmark, a source of easily accessible food for lower income residents in the neighborhood, and requested that Extell provide another affordable replacement for the neighborhood’s 30-year landmark.

Representatives for Extell and Deutsche Bank declined to comment.