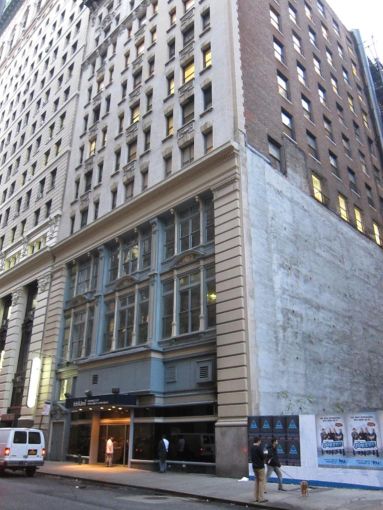 Kepler Group, a digital marketing agency, has inked a deal to expand at Himmel + Meringoff Properties’ 6 East 32nd Street, according to brokers in the deal.

The firm is taking 15,360 square feet for the whole ninth floor of the 11-story building, according to the landlord. The term of the lease is five years.

Kepler was previously subleasing space on the sixth floor from wine-oriented website Lot18, which has also relocated within the building to 7,700 square feet on the eighth floor, according to Barry C. Lewen of Coldwell Banker Commercial Alliance, who represented Kepler as well as Lot18 with colleague Stacy Kelly. The company was looking to expand, he added, and has roughly doubled its size in the 175,000-square-foot structure.

“Kepler preferred to stay in the building rather than pay all the costs of relocation,” Mr. Lewen said in an email. “The space only needs minor work, which [the landlord] is doing as part of the new lease.”

Asking rents in the building range from $38 to $48 per square foot, according to CoStar.

“NoMad is a thriving submarket within the greater Midtown South market that continues to be a powerful magnet for exciting technology and media companies,” said Leslie Himmel, a principal of the company, in prepared remarks.

Kepler’s lease brings the building to 100 percent capacity, according to The New York Post, which first reported news of the deal.