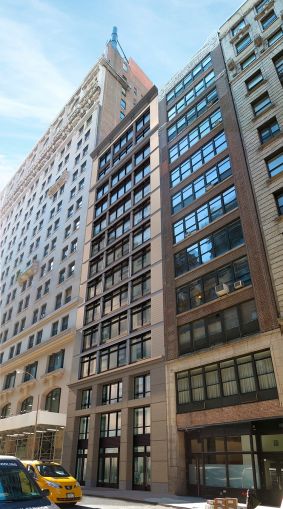 CIT provided a $48 million construction loan to Arun Bhatia of New York-based Bhatia Development Corp. and Jeffrey Katz, chief executive officer of Sherwood Equities, for the development of a condominium tower in the Flatiron District, Commercial Observer has learned.

The partnership between Mr. Bhatia and Mr. Katz purchased an existing three-story building at 10 West 17th Street from non-profit Catholic Medical Mission Board for $28.3 million, according to a spokesperson for Bhatia Development. Once construction is completed, the site will house a 16-story building with 16 residential condo units.

“We’ve been aware of both sponsors for quite awhile,” Ms. Walsh told CO over the phone. “Arun has completed some student housing projects, and Jeffrey has been active in New York for many years, so we considered both primary targets for the kind of sponsors we like to work with.”

Richard Horowitz, principal at New York-based Cooper-Horowitz, brokered the deal. “I’ve been fortunate to do business with both sponsors for over 20 years and am excited to be part of another successful project by them,” he said.

The total project is estimated to cost the developers $64 million, Mr. Horowitz said. The New York-based architecture firm Beyer Blinder Belle will design the condo tower. Units in the new building will feature 10-foot ceilings. The completed property will contain storage spaces and a 24-hour concierge on site.

“The existing building has a 45-foot wide frontage, which is very rare, so it will lay out very graciously for three-bedroom units,” Ms. Walsh said. “The buildings on the other side are landmarked, so there will be very nice southern views.”

The location is seeing prime demand for residential properties, she noted, especially with 10 West 17th Street’s quick access to seven subway lines. “A lot of users in the area are from the TAMI space, so this seems like the right product in the right market for those buyers or families,” she said.

Construction on 10 West 17th Street will commence in early 2016 and is due for completion in the summer of 2017.

Representatives for Sherwood Equities could not be reached.