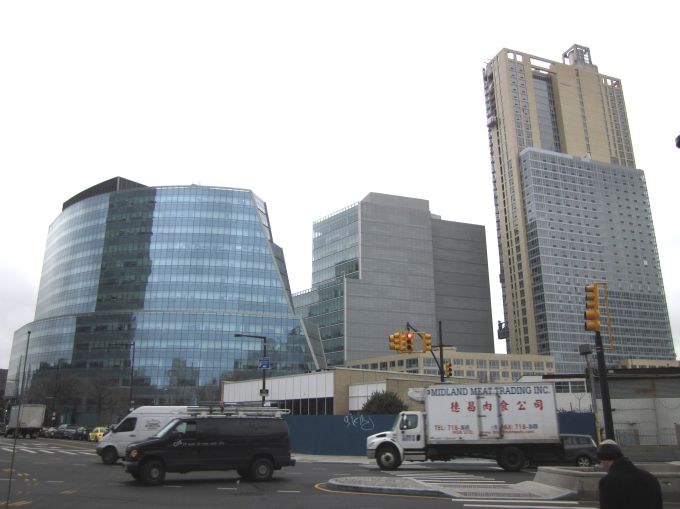 Citigroup’s real estate arm has dumped one of its last sites in the Court Square section of Long Island City, property records show.

Citi Realty Services sold the nine-parcel site for $143 million with the capacity to build up to 780,000 square feet, according to documents that hit city records today. Buyer Jia Shu Xu will be able to build adjacent to the City University of New York Law School and the towering 1 Court Square on the 36,000-square-foot lot.

JLL’s Jon Caplan and Richard Baxter marketed the property, hoping to get north of $140 million for it, The Real Deal reported in February. The brokers were not immediately available for comment.

The now-sold vacant location (it’s mostly empty lots and buildings), could likely become a residential tower, going with the developing character of the neighborhood, according to The New York Times. Citi had once planned to build a third office, but became cash-strapped because of the recession and plans never materialized.

The area that makes up Court Square has increased significantly in value since 1 Court Square went up 25 years ago. That building has been sold several times in the last decade, each time increasing in value before selling last year to Savanna for $500 million. Now, the landlord is looking to get rid of the building, retaining Robert Knakal of Cushman & Wakefield to market the 1.5-million-square-foot tower. Citi still leases more than 1.3 million square feet in the building, according to CoStar.

CUNY Law bought six floors of 2 Court Square, and relocated from Flushing into the LIC building in 2012. Citi is looking to sell off its remaining stake in the comparatively smaller structure, according to The Times.

As Commercial Observer reported in April, the neighborhood’s population increased 25 percent between 2000 and 2010, adding nearly 21,000 people. That’s spurred a wealth of development in residential towers, led by developer TF Cornerstone, which has built 2,800 apartments and 180 condominiums on the LIC waterfront.

“Long Island City has been your perfect storm. It’s just turning out that it’s a good place to live, and a good place to have a business,” Rob MacKay, the director of public relations, marketing and tourism for the Queens Economic Development Corporation, told CO in April. “I always think that as long as this place is safe and their investments get returned, you’re going to have growth and investment in your area.”

Commercial interest has been focused on Court Square, where Citi’s properties have led the charge, as well as Queens Plaza where JetBlue leases 200,000 square feet at 27-01 Queens Plaza North.

Land values for residential development in the neighborhood have risen as a result. CO reported last week that Adam America Real Estate shelled out $43.5 million for a property on Jackson Avenue to build a condo tower.

At a summit hosted by the LIC Partnership last month, Queens Borough President Melinda Katz said it was crucial to maintain a strong balance between commercial development in the once heavily industrial neighborhood with a good residential component.