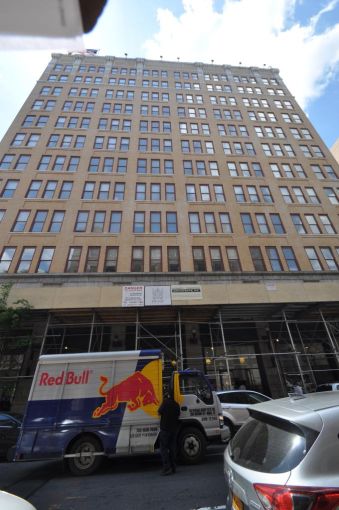 Brookfield Property Partners has bought an office condominium across from its sprawling Manhattan West project with the help of a $35 million loan.

The developer paid $69.6 million for the 72,000-square-foot condo owned by Planned Parenthood at 424 West 33rd Street between Ninth and 10th Avenues, property records show. Brookfield now has a stake in a building across the street from its massive project in the Hudson Yards district on the Far West Side.

A Brookfield spokeswoman confirmed the purchase, but declined to comment.

Planned Parenthood had put the office condo on the market in April, after the reproduction education group announced it was leasing 65,000 square feet at 123 William Street between Fulton and John Streets. Brookfield was said to be the prime buyer for the space, as Crain’s New York Business reported at the time, to add to its Far West Side portfolio.

A spokeswoman for Eastdil Secured, which Planned Parenthood hired to market the office condo, did not immediately return a request for comment. Planned Parenthood also wound up doubling the $34.8 million it paid for the West 33rd Street condo in 2011. Vectra Management Group owns the remaining 68,000 square feet of the building.

The developer in April announced it had signed Skadden, Arps, Slate, Meagher & Flom to a mega-deal for the law firm to anchor 1 Manhattan West—the first of the two office towers being built. The firm will eventually take 550,000 square feet in the move from 4 Times Square. In a May interview with Commercial Observer, Dennis Friedrich, the chief executive officer of the global office division, said signing the law firm pushed the project forward.

“For us it’s important to have an anchor tenant for risk litigation, for financing, for all of that,” Mr. Friedrich told CO. “But to have Skadden, who has a lot of touch points in the business community just given their client list, they are going to be a great ambassador for us.”