As a Pioneer of Shared Space Shutters, Co-Working Continues Taking Over the City 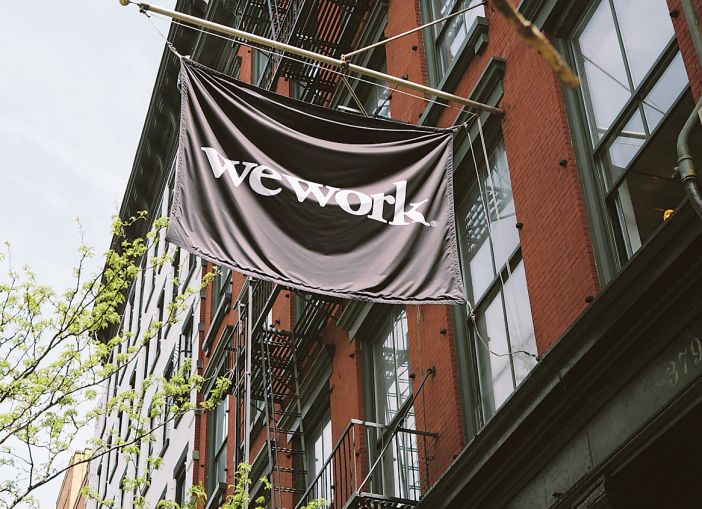 New Work City, one of the first co-working spaces of its type in Gotham, closed its doors last month for the last time. It was only five years old.

The company’s 4,700-square-foot lease was expiring at 412 Broadway in the Financial District, New Work City wrote in a blog post, and having an actual location — you know, with rooms and hallways and spots for desks and computers — had become too burdensome.

“Having a physical space that’s all our own is tremendously liberating, but it can also be tremendously restricting,” the company wrote. “The problem with owning a lease on a space is that so long as you have it, it can be hard to think clearly about anything else. We might want to support the other co-working communities in the city, but we have to be sure we’re taking care of ours.”

Instead, the post continued, New Work City was more focused on fostering a community of co-working spaces that catered to the small startup crowds and freelancers who need phones, Internet and kitchens along with other amenities.

Those in the tech and co-working spheres were rattled that the Daniel Boone of shared spaces had fallen dark.

What started as a way to bring small companies and one-man-bands together has exploded into a new way of leasing out space, particularly in Manhattan and along the Brooklyn waterfront. There are the small shops with one location, such as the Dumbo Startup Lab as well as growing corporations like WeWork with its more than 1 million square feet and ground-up development.

“Everybody really looks to New Work City as pioneers,” said Shlomo Silber, the founder of Cowork|rs, which has 135,000 square feet of shared work space between Manhattan and Brooklyn. “It’s a little sad to see them go.”

While some landlords are a little resistant to the idea of leasing space so others can sublease a desk or small office, others are starting to take notice.

New Work City started to bring people in the tech community and innovators together, several co-working experts told Commercial Observer. Founder Tony Bacigalupo, who didn’t return requests for comment, was focused on creating a culture where people could spitball ideas and network with different people.

When New Work City opened its first physical space in 2008, it was “really creating the model for something that’s community-driven, in not just providing space, but having events and really supporting tech entrepreneurs and companies really when the tech community in New York was  in its infancy,” said Jukay Hsu, the founder of the tech-centered nonprofit C4Q, who knew the team running New Work City.

“I think us growing and [New Work City] closing might be something for them to be proud of,” Mr. Silber said. “They were able to lay down the roots for co-working in New York and help others expand. They really were mentors for me.”

WeWork, which declined to comment, has more than 1 million square feet in the city and seems to be growing in every direction. In early July, Boston Properties and Rudin Management announced they were jointly developing a 675,000-square-foot development at the Brooklyn Navy Yards, of which WeWork will occupy 222,000 square feet.

‘Everybody really looks to New Work City as pioneers. It’s a little sad to see them go.’-Shlomo Silber

And let’s not forget the 160,000-plus square feet the company has leased in the Dumbo section of Brooklyn. Or the 60,000 square feet of space at Studio Square it leased in Astoria, Queens, which CO exclusively reported last week.

“[WeWork is] really good at bridging the gap between entrepreneurs and spaces. That’s how I perceive them,” said Ashkán Zandieh, the founder of real estate tech advisory RE:Tech, who works out of three of the company’s spaces. “WeWork always was a real estate company that understood technology. More so, they understood entrepreneurship.”

Brokerages are starting to acknowledge that, too. In a Colliers International Manhattan market briefing earlier this month, Joseph Harbert, the president of the eastern region, said the firm considers WeWork firmly a real estate company because it leases space to people.

The company, he noted, leases nearly as much space in New York City as Goldman Sachs. “WeWork is becoming a force here and so are the other shared workspace types,” Mr. Harbert said. “Most of your owners, including now some of the old line owners, they’re buying into this whole concept that this is the way some of the future is going to work.”

But not all of them. Take Anthony Malkin, the chief executive officer of Empire State Realty Trust, who has publically stated his company won’t lease to WeWork. His argument is that eventually these tech companies will want to upgrade to something a little more traditional.

“When these companies grow up, they’ll want a real building and a real landlord,” Mr. Malkin said at REIT Week in June, as reported by The Real Deal.

The tech world and shared space owners argue they’ve been adapting to the changing trends, however. As technology companies grow from one to two people, they naturally need more office space, which co-working landlords have been working to accommodate.

Mr. Silber, who launched Cowork|rs in 2013, said he met the growing demands of Mozilla Firefox as he expanded to a second and then third floor at 115 East 23rd Street in the Flatiron District.

Like anything new in a market, there are always concerns about when the bubble is going to pop. Don’t tell that to the folks who run these things, however, with several tech and co-working pros saying there’s still a while before the market hits a saturation point.

“If you’re looking to double your company…it’s very difficult or there’s not an advantage to signing a lease,” Mr. Hsu said of the perks of staying in a shared space for lengthier periods of time.