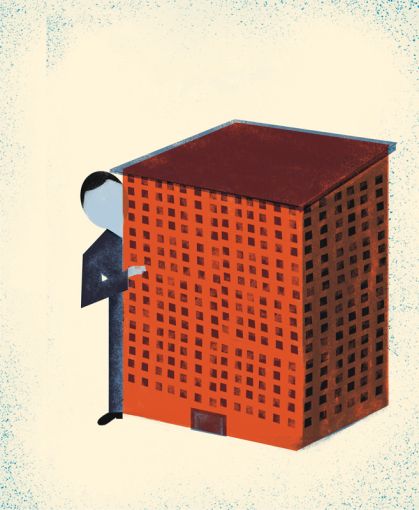 The tax form changes were implemented on May 18 to help the city identify residents who evade paying city income taxes by claiming their primary residence lies elsewhere. The New York Times said there are 89,000 condominium and co-op units that are owned by non-residents, which are classified as people who don’t dwell in their homes for more than 183 days.

The revised rules require multiple member limited liability companies and partnerships to reveal the names of every member or general partner involved in a real estate transaction, rather than just one. As a result, the city would purportedly learn the real identities of property owners, from celebrities to developers.

But while the city may be looking to bust those guilty of tax avoidance, a number of attorneys CO spoke with said that the new rules fall far short of the intended goal and could have negative unintended consequences.

Here are five reasons why the new rules are defective.

“They’re flawed because if the goal is to find the beneficial owners of the real estate—getting to the individual level—they don’t do that,” said Martha Flanders, a corporate partner at Dorf & Nelson.

The reason, she said, is that the city will learn the legal owner of a property, but not the real owner as people will be able to own an LLC through other nontransparent entities.

“There will be another level of enterprise,” she added.

At the über-high end of the market, the buyers “will find a way around” the rules, noted Terrence Oved of Oved & Oved, such as by using straw buyers.

“It’s not because it’s not showing, it’s because they’re not reporting it,” Mr. Oved added.

Jay Neveloff, a partner at Kramer Levin Naftalis & Frankel, suggested an alternative approach—to “require LLCs to confirm if it owns an apartment and if so require an explanation as to how it’s used. If the answers so dictate, the city can require more information.”

According to the Times, the LLC members’ identities will not be made public. (The DOF spokeswoman didn’t respond to CO’s requests for comment.)

Even so, “We should not be dissuading buyers from purchasing New York real estate by requiring them to reveal their identities,” said Adam Leitman Bailey of the eponymous firm. “It is also un-American to have Big Brother watching over who lives in our city.”

The new rules could discourage investment by foreigners who fear more government oversight from their home country.

Also, the disclosure policy could stymie closings because buyers don’t know about the requirements and when they learn of them, they will be turned off, Mr. Neveloff said.

Investors could opt to spend their real estate dollars outside of New York City to avoid the rules—and more than 50 percent of New York condominium sales above $5 million last year were to LLCs, according to the Times.

“Some wealthy clients will buy in New Jersey before submitting their identities to the government,” Mr. Bailey said. “This is one more way the mayor is working to chip away at the booming economy Mayor [Michael] Bloomberg left him with. This law could dissuade the wealthy from buying and spending money in New York.”

4. The rules punish the masses for the fault of a few.

“It was about a few bad actors,” said Mr. Neveloff of why the city introduced the new rules. “It has to be such a small fraction of folks who are avoiding paying taxes.”

“While the intent of the regulation is laudable, the net effect will have a disproportionate impact upon legitimate users as opposed to the illegitimate ones,” Mr. Oved said.

5. The data could get leaked or be used for other purposes.

Several attorneys CO spoke to said they feared that the information could make its way into the wrong hands.

“I don’t know what the city’s real motive is,” Mr. Neveloff said. “Maybe they want a database of people who invest in real estate.”

He said the DOF system could be “hacked or cross-filed because there’s some master plan to find some small percentage of cheats.”

Ms. Flanders said there is a concern that DOF could end up sharing the information with other agencies.

Also, if someone filed a Freedom of Information Law request to gain access to the records, would the DOF disclose the buyers’ names? Mr. Oved wondered.