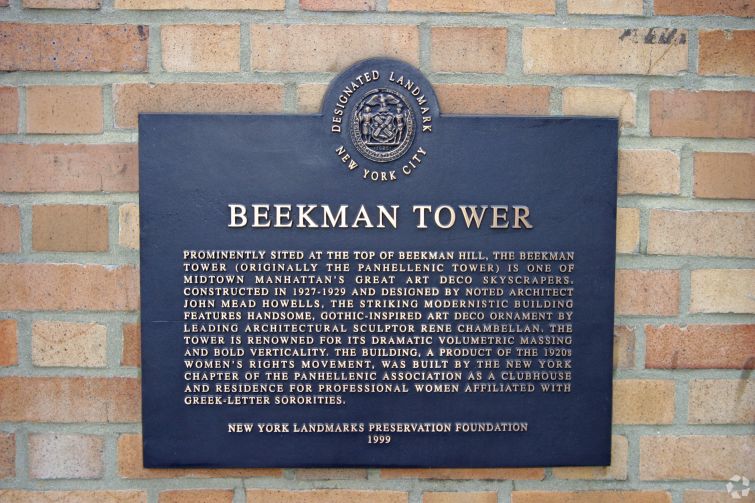 A group of investors is being sued in connection with the $139 million purchase of the landmarked Beekman Tower near East 49th Street and First Avenue.

Alexander Levin-led Beekman Towers Holdings LLC bought the building at 3 Mitchell Place from Silverstein Properties, Fisher Brothers and Capstone Equities for $139 million last Thursday, Department of Finance records indicate, but a group that assigned the purchase rights to Mr. Levin’s group, 3 Mitchell Place Loft LLC, is being sued by investor Bao Di Liu. He claims he was not paid “any return on his investment” which should have been to the tune of $14 million plus costs and interests as well as punitive damages.

Mr. Liu alleges that Mr. Miller, Sam Sprei and Xiu Yu Huang started seeking money for real estate investments in 2014, including 3 Mitchell Place. The promise was to hold the properties “in trust for the benefit of the investors…and then said property would be developed, fixed up and rented out or disposed for returns…,” the suit claims.

Among other things, the defendants “fraudulently represented that they would invest money for plaintiff and pay plaintiff a return on their investment,” and “defendants’ breach of trust constitutes misappropriation and embezzlement,” the suit says. Robert Parker, Mr. Liu’s attorney, didn’t immediately respond to requests for comment and nor did the attorney for the defendants, Seth Eisenberg.

On May 17, the group 3 Mitchell Place Loft LLC assigned the purchase rights to Beekman Tower LLC.

“Beekman Tower LLC was the purchaser,” the buyer’s attorney, Y. David Scharf, a partner at Morrison Cohen, emailed Commercial Observer. “That contract closed. The defendants were not in contract to close.” The sale closed last Thursday.

On July 2, the court issued a temporary restraining order in Mr. Liu’s favor until this Friday’s court date. It did not impact the closing of the sale, but has prevented money from being transferred to the buyers.