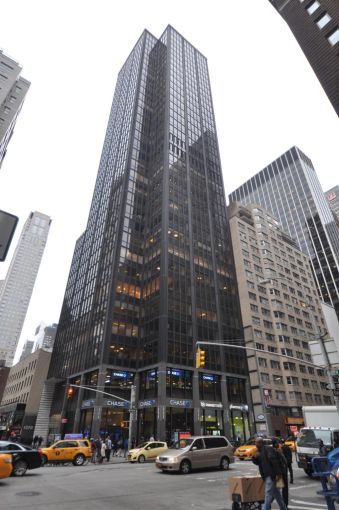 The shoe seems to fit for one footwear design company, because it keeps wearing it.

Vince Camuto Shoes has expanded its space in 1370 Avenue of the Americas between West 56th and West 57th Streets by 5,600 square feet, Commercial Observer has learned. Now the largest tenant in the 34-story tower, Vince Camuto takes up 33,000 square feet across the entire eighth, ninth and 15th floors.

“Being on different floors is a good thing for them because they have different brands with different looks,” said Jeffrey Rosenblatt of Coldwell Banker Commercial Alliance, who represented the tenant in the expansion. “It made sense [when] they were going to expand to do it here than somewhere else.”

Asking rents were in the low-$70s per square foot, Mr. Rosenblatt said. This expansion, the second in three years, was for the rest of the ninth floor.

Vince Camuto last expanded in fall 2012, when it took 6,000 square feet of office and showroom space in the 311,500-square-foot building, as CO previously reported. Mr. Rosenblatt, then a senior managing director at Newmark Grubb Knight Frank, represented the fashion firm in that deal, as well.