Six Takeaways From the Fight Over Rent Regulations 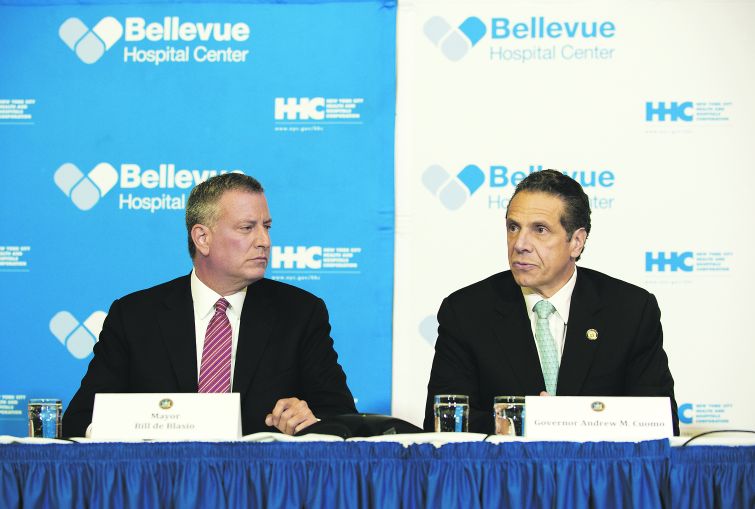 It just wouldn’t be June in Albany without the State Legislature failing to wrap up the people’s business before their session was set to end.

After blowing their first deadline to renew New York City’s rent regulations—and following days of a stalemate that saw no real progress on legislation relevant to some 2 million New Yorkers in rent regulated apartments—the State Legislature in Albany gave itself five more days to give it another go by end of business today. The two houses passed, and Gov. Andrew Cuomo has signed legislation to extend the existing rent laws for five days, which will keep lawmakers debating the issue through this evening.

Mr. Cuomo announced Tuesday afternoon that he had come to an agreement with Assembly Speaker Carl Heastie, a Democrat, and Senate Leader John Flanaghan, a Republican to extend the regulation for another four years. Rank and file members of both bodies still need to approve the framework, but Mr. Heastie said at the announcement that he’s confident his conference will pass the measure. The disputed 421-a tax credit will also be extended for six months, during which time labor and the real estate industry have to hammer out a prevailing wage.

The Democratic-led Assembly, under Mr. Heastie, had pushed for legislation that would include tenant protections—disallowing landlords from removing an apartment from regulation when it becomes vacant, for example. The Republican-led Senate, under Mr. Flanagan, put forth an eight-year extender Democrats say would make things worse and would ask for income verification. Mr. Heastie and Mr. Flanagan, two of Albany’s reviled “three men in a room” are new on the job, having replaced predecessors who lost leadership positions after being indicted on corruption charges. And Mr. Cuomo, long friendly to real estate, is being pilloried by progressives and tenant groups for not doing more to ram through a deal.

Before the laws expired on June 15, Mayor Bill de Blasio predicted “the end of New York City as we know it.” As far as we can tell, New York City is still chugging along, despite being without the laws. And despite the dire predictions of many, and the particularly dysfunctional climate this year, we’ve been down this road before. Regulations have expired for short periods before, most recently in 2011.

For now, tenants are protected by their existing leases—and are entitled to renew their leases as long as they expire on or before Sept. 13. While there may not be immediate dire consequences for renters, there will be plenty of political consequences and lots of blame to go around.

Here are six takeaways from the fight in Albany over rent regulations:

TROUBLE FOR DE BLASIO: Mr. de Blasio has watched nearly every one of his priorities wither and die in Albany. With no hope of a minimum wage hike, just a one-year extension on his control of city schools and no support of his overhaul of the 421-a tax credit, he’s now hoping to get some kind of victory on rent. But would he change his strategy going forward? “I don’t know what I would do different in strategy when it comes to, obviously, a reality in Albany that’s broken fundamentally,” he told the Observer earlier this month.

TROUBLE FOR CUOMO: In the past, the governor has sought to ride high on his ability to force through an on-time budget and push priorities, like the gun control Safe Act, through the legislature at the last minute. He’s having much less luck this year.

HOW THE DEMOCRATS TELL IT: “In May, the Assembly passed a package of rent laws to strengthen current regulations and protect tenants. Unfortunately, the Senate has failed to consider these sensible proposals, thus jeopardizing the safety and security of more than 2 million people,” Mr. Heastie said.

HOW THE REPUBLICANS TELL IT: “The State Senate has already acted on legislation to extend New York City’s current rent laws for eight years with provisions to enforce the intent of the laws that ensure help to those who truly need it. Unfortunately, the Assembly has failed to pass this bill,” Mr. Flanagan said.

THE BIGGEST HYPERBOLE: Hard to believe there was a more hyperbolic comment than the mayor’s end-of-the-city-as-we-know-it line, but leave it to City Councilwoman Laurie Cumbo. “It’s the most egregious decision ever placed before humanity in my lifetime in New York City,” Ms. Cumbo declared. “This is something that is going to impact us, as I said, in Albany. This is our modern-day Trail of Tears. This is a modern-day movement and devastation of our communities.”

BIGGEST REALITY CHECK: Between 4,000 and 6,000 Native Americans died in the Trail of Tears, the forced removal of Native Americans from their own land. “Considering there are hundreds of thousands of native people living in Oklahoma and not in their native homelands, who were forced off their native homelands because of Indian Removal, which later on became known as the Trail of Tears, I think they might have a quite a different perspective on this legislation’s term being over,” Cliff Matias, the director of the Redhawk Native American Arts Council in Brooklyn, said.