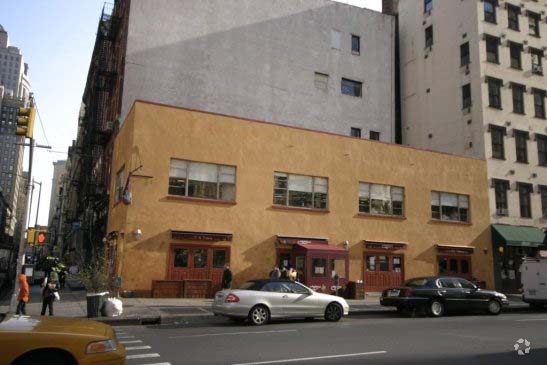 Serafina Restaurant Group is opening a restaurant in Tribeca with plans to provide room service to hotel guests staying at the adjacent Cosmopolitan Hotel-Tribeca, Commercial Observer has learned.

The restaurant group, which specializes in Northern Italian cuisine, has signed a lease for the entire 5,400-square-foot building at 113 Reade Street between Church Street and West Broadway, including the rooftop. The building offers 1,800 square feet each on the ground floor, second floor and basement, according to RKF, which represented the landlord, Triumph Hotels, in the deal. Triumph is also the owner of the Cosmo hotel which is next to 113 Reade Street on West Broadway.

This will be the eighth Serafina restaurant in New York City, according to the company’s website, when it opens in spring 2016. The building is where MaryAnn’s used to be. According to an April 2013 post at Tribeca Citizen, the building was supposed to get razed and make way for a Cosmo hotel annex with a restaurant on the ground floor.

RKF’s David Abrams represented the owner in the deal and David Latman of DLL Real Estate represented Serafina Restaurant Group. Mr. Latman and the RKF spokesman declined to provide the asking rent and the length of the lease.