Rendering of the rooftop of the tommie hotel at 11 East 31st Street. Lauren Elkies Schram 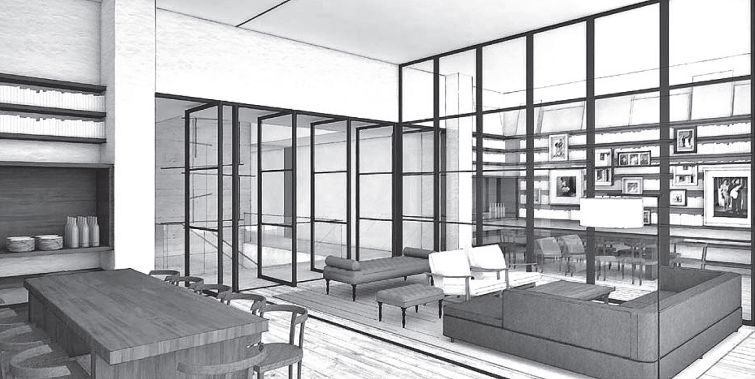 Rendering of the library at tommie at 11 East 31st Street. Lauren Elkies Schram

Rendering of the listening lounge at the tommie hotel at 11 East 31st Street. Lauren Elkies Schram 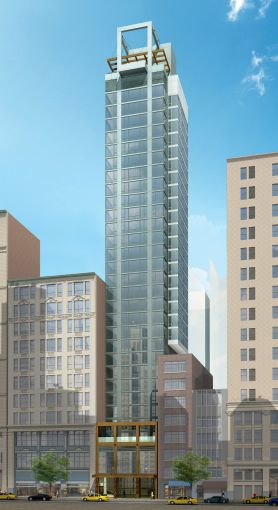 Rendering of the exterior of the tommie hotel at 11 East 31st Street. Lauren Elkies Schram
Previous Next

On June 12, the developers topped off the 35-story, 80,000-square-foot pod-sized room hotel at 11 East 31st Street, Quadrum executives said. While Gene Kaufman was the initial architect for the Commune Hotels + Resorts brand hotel and Mancini Duffy was handling construction administration, Mancini Duffy is now the sole architect on the project (the exterior rendering is the same as Mr. Kaufman designed it). AvroKO is designing the interiors of the hotel. Oleg Pavlov, the chief executive officer of Quadrum, said the hotel will open in the fall of 2016.

The NoMad tommie between Madison and Fifth Avenues, which is 44 feet wide, will have 250 rooms in a metal and glass building. There will be a grab-and-go food concept in the front, a listening lounge that is music-driven, a rooftop deck and a restaurant in the back on the ground floor, Mr. Pavlov and Seth Schumer, a director at Quadrum, said.

Tommie is known as a “micro-lifestyle hotel,” as a Commune spokeswoman previously said, with rooms smaller than 200 square feet. There will be a self check-in and no mini-bar, room service nor fitness center. Room rates will be roughly $270 per night, the Quadrum executives said.

This is not the only tommie hotel coming to Manhattan.

At 503 Canal Street, Quadrum and Eagle Point are building the $112 million, 10-story (the 11th is a partially enclosed roof deck), 325-room tommie Hudson Square. This hotel is slated to open on Nov. 1.