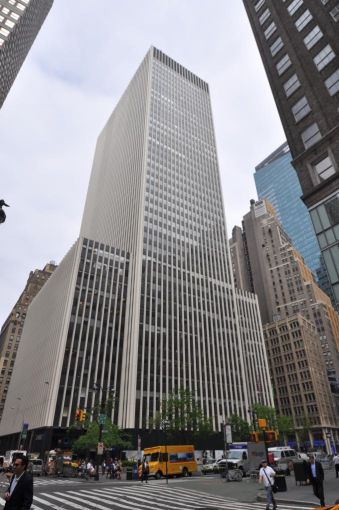 Republic Clothing Group is slipping into a pair of Nine West Holdings floors at 1411 Broadway, The New York Post reported.

The fashion company is subleasing about 55,500 square feet on the 34th and 35th floors of the tower between West 39th and West 40th Streets. Republic Clothing Group won’t have to move far, however, since it’s currently housed across the street at 1440 Broadway, according to the Post.

Asking rent on some of the top floors of the 42-story building can be in the high-$70s per square foot, the Post reported. The sublease runs until 2027.

Mr. Waterman declined Commercial Observer’s request to comment. The JLL brokers were not immediately available for comment, a spokesman said. A spokesman for CBRE, which markets the building on behalf of building owner, Ivanhoé Cambridge, declined to comment.

Nine West Holdings, which is the parent of shoe-maker Nine West, still has almost 400,000 square feet in the 1.1-million-square-foot building, according to the Post. Rapper Jay-Z’s clothing line, Rocawear, is also based in the building. The clothing line originally leased 40,000 square feet, but because of financial woes had to cut down its space to 25,000 square feet, as CO reported in 2012.