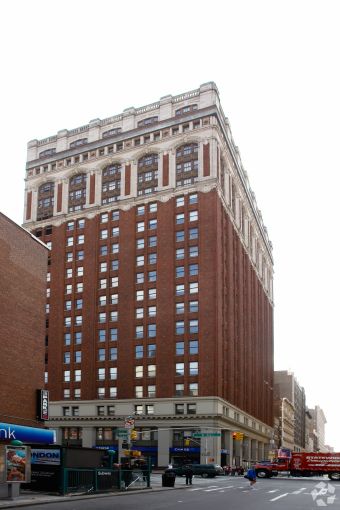 J.M. Kaplan Fund has taken 5,800 square feet on a portion of the fifth floor overlooking Avenue of the Americas at the Masonic Building at 71 West 23rd Street, Commercial Observer has learned.

The asking rent was $59, according to City Connections Realty‘s Herb Goldberg, who represented the landlord, Trustees of the Masonic Hall and Home, in the deal

The fund will be moving from 5,400 square feet on the entire 19th floor at 261 Madison Avenue between East 38th and East 39th Streets, said the fund’s broker in the deal, Andrew Foley of Denham Wolf. The fund’s current lease was coming up for expiration, Mr. Foley noted, and the trustees wanted a more collaborative space for its programs. The nonprofit hopes to move in in September, Mr. Foley said.

A New York City-based family foundation, J.M. Kaplan Fund operates grant programs inside and outside of the U.S., focusing on the environment, historic preservation, migration and New York City.

As CO reported last Friday, Art Department, which represents photographers and artists, has taken 7,000 square feet in the building, which spans the entire corner of Avenue of the Americas from West 23rd to West 24th Streets. Built in 1912, the 243,200-square-foot building at 71 West 23rd Street contains office space, banquet and meeting rooms, commercial space and many rooms used for Masonic purposes, including the two-story Grand Lodge with a custom organ and a plush and elaborate décor.