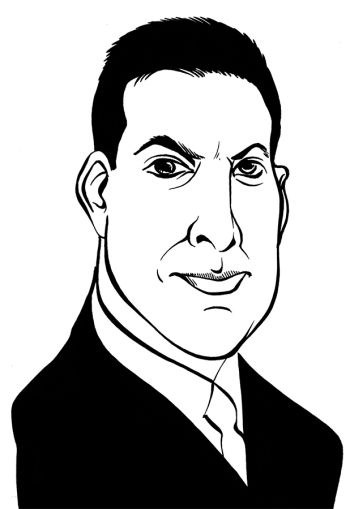 Buoyed by record-high prices for core assets, commercial real estate construction is on the rise in markets around the country. Nowhere is the tide of building more visible than in New York City. Across the five boroughs, cocksure developers with ambitious plans are promising to recast entire neighborhoods before the cycle’s end. As they make progress on those commitments, construction costs are rising alongside inventories and overall spending. The New York Building Congress reports that local construction spending increased by 26 percent in 2014 to $36 billion across public and private projects.

While construction activity and its financing are both trending higher, bank lenders are faced with substantial competitive and regulatory pressures. In sharp contrast with a few years ago, the core debt market is saturated with low-cost capital. The competition among lenders to fund high-quality deals is on the rise, contributing to risk-taking. That comes even as the regulatory regime seeks to raise the cost of riskier activities and the cost of construction lending, in particular.

Construction Lending by the Numbers

Banks increased their net lending on multifamily and commercial real estate by more than $25 billion during the fourth quarter of 2014, the second largest quarterly increase since before the onset of the financial crisis, according to Chandan Economics’ analysis of bank call reports. The 5.5 percent year-over-year increase in the size of bank balance sheets compares favorably with commercial property lending overall, which climbed 5 percent over the same period. CMBS lenders were more active, but new conduit loans were more than offset by the aging of legacy securitization.

As new mortgages have further diluted the shrinking pool of legacy debt, the default rate on bank multifamily and commercial real estate loans has fallen to 1.1 percent, down from a peak of 4.4 percent during the third quarter of 2010. Likewise, the balance of REO assets has fallen by nearly 60 percent from its peak of $13.5 billion to $5.6 billion. The share of troubled debt restructuring that has slipped back into delinquency or default has declined to one-third of modifications.

In keeping with typical sequence of the real estate cycle, construction lending has been recovering slowly but consistently. Construction lending by banks grew by $7.9 billion during the fourth quarter of 2014, marking the seventh consecutive quarterly net increase. While modest in comparison with historic trends, the quarter-to-quarter uptick reflects a dramatic turn from the crisis-era contraction, when aggressive write-downs saw the balance of bank construction loans fall by as much as $42 billion in just one quarter.

The performance of construction loans over the last cycle has exhibited characteristic volatility, underlining the push from regulators for more onerous treatment under the Third Basel Accord. Leading up to the pre-crisis peak, default rates on bank construction loans were lower than for loans on the in-place inventory of properties. During the most challenging stage of the downturn, in the early part of 2010, the construction default rate approached 17 percent. By the fourth quarter of 2014, it had fallen back to 2.1 percent.

Bank regulators have finalized the broad terms of Basel III. Basel II, the new accord’s immediate predecessor, applied only to a subset of banks in the U.S. But the risk-based capital requirements defined in Basel III have a wider scope of application. For stabilized property lending, the new rules have been a source of concern. The elevated capital requirements for high volatility commercial real estate raise the capital requirements for construction loans significantly, while the risk weights on construction lending and the treatment of mortgage servicing rights are another matter entirely.

Whether the new rules will help or hurt real estate in the long run is still subject to debate. Lenders are less equivocal in their assessment of construction lending, where the divergence in pricing from higher-quality stabilized property loans now grows wider. Regrettably, the new regime may not go far enough in encouraging loan-level risk measurement. The latest capital requirements, relatively invariant in the quality of the underlying construction loans, reveal a lack of innovation in risk measurement that should have followed in the aftermath of the crisis.

Sam Chandan, Ph.D., is president and chief economist of Chandan Economics and an adjunct professor at the Wharton School, University of Pennsylvania. The views expressed here are his own. He can be reached at dsc@chandan.com.