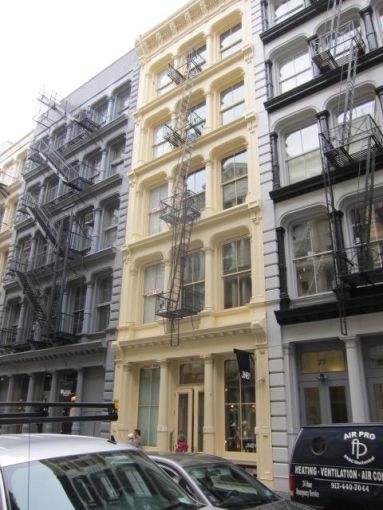 Versace has inked a deal for 4,300 square feet of retail space at 75 Greene Street between Spring and Broom Streets in Soho.

The high-end Italian designer entered a 10-year lease in the building, giving it a second location in the posh shopping district. Asking rents in the building are $300 to $400 per square foot, according to The Real Deal.

A spokesman did not return a request for comment, nor did Mr. Simon.

Makali bought the building in 2008 for $8.9 million, according to property records.

Moods of Norway inked a 10-year deal for the space in 2012, but left it earlier this year. The Scandinavian designer had 2,300 square feet on the ground level of the six-story building, along with 1,800 square feet on the second floor, as Commercial Observer reported at the time. It in turn had taken the retail space from JNBY, a Chinese designer that left 75 Greene Street after two years.

Along with locations in Columbus Circle and on Fifth Avenue, Versace has a store at 160 Mercer Street between West Houston and Prince Streets—about two blocks away from its new location at 75 Greene Street.