SkyView Center on the Market for More Than $400M 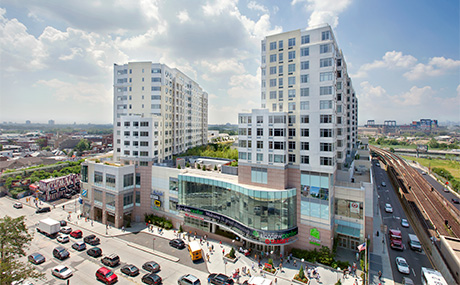 The Shops at SkyView Center.

The Shops at SkyView Center in Flushing, Queens, has hit the market and is expected to fetch north of $400 million, according to a person familiar with the matter.

That person requested anonymity since a formal announcement has not yet been made. No prospective buyers were named.

The 700,000-square-foot mall opened in 2010 and is part of a larger mixed-use development in Flushing that also includes residential condominiums.

The popular Japanese clothing store, Uniqlo, signed a lease for 8,000 square feet at SkyView Center in April and is expected to open its doors there this spring.

Asking rents at the mall range from $75 to $125 per square foot, according to recent reports. The property is almost 100 percent leased.

A spokeswoman for Onex did not return requests for comment by publication time.