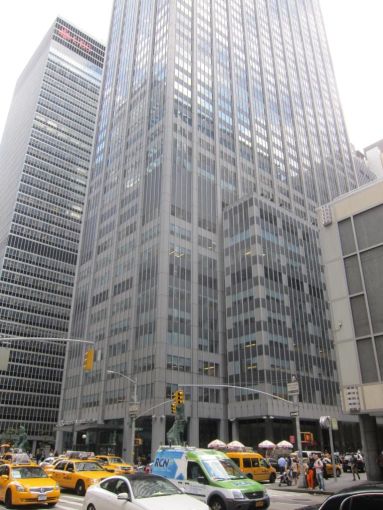 Norton Rose Fulbright is moving out of 666 Fifth Avenue after signing a mega-deal at 1301 Avenue of the Americas, according to brokers in the deal.

The law firm inked a deal for 107,215 square feet at the 45-story building between West 52nd and West 53rd Streets. Its 112 New York office lawyers, specializing in areas including labor, intellectual property and real estate, are expected to move into the new office space in fall 2016.

Norton Rose Fulbright occupies a comparable amount of space, a spokeswoman for the brokers said, in the Kushner-owned 666 Fifth Avenue (Kushner Companies Chief Executive officer Jared Kushner owns Observer Media Group, which publishes Commercial Observer). Norton Rose Fulbright will be on part of the 28th floor, as well as the full 29th through 31st floors of its new office, according to the brokers.

“The floors at 1301 Avenue of the Americas lend themselves to efficient design that affords our client the opportunity to reinvent its workplace and create a more energized environment,” Mr. Sukenik said in prepared remarks.

This massive lease isn’t even the biggest Paramount has signed at the 1.7-million-square-foot building in the last few months. Accounting firm CohnReznick in January signed a lease for 125,000 square feet at 1301 Avenue of the Americas, part of a planned expansion for the firm, The New York Post reported.