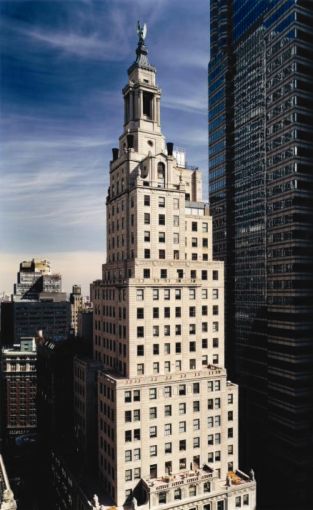 MetLife lent $70 million to an affiliate of MacDonald & Cie to refinance a 34-story landmark office tower at 48 Wall Street, formerly known as the Bank of New York Building, Commercial Observer has learned.

The 15-year debt carries a loan-to-value ratio of 54 percent, according to a MetLife spokesman. The loan replaces financing provided by Capital One in 2008, city records show.

Tenants in the building include the Museum of American Finance, Rockefeller Group Business Centers and the real estate advisory firm Situs Holdings.

The building opened in 1928 as the Bank of New York’s headquarters. The office tower was built on land acquired in 1797 by the bank’s founder, Alexander Hamilton.

The property is a New York City Landmark and also listed on the National Register of Historic Places.

MacDonald & Cie acquired the building from the Bank of New York in 1998 and completed a gut renovation in 2001.

Kirk MacDonald, a general partner at MacDonald & Cie, could not immediately be reached for comment.