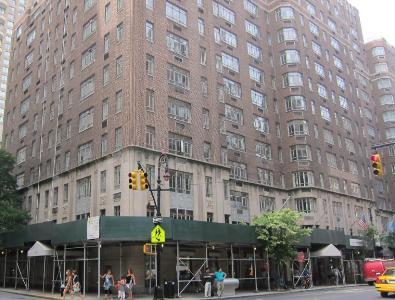 Brioni, an Italian men’s fashion company, has inked a deal for the first two retail levels of 680 Madison Avenue, according to the landlord, Thor Equities.

The clothier is taking 7,000 square feet for its flagship store on the ground level and second floor in a new lease, the landlord announced, which closed on Tuesday. Asking rent in the building between East 61st and East 62nd Streets was $2,000 per square foot, per a Thor Equities spokesman.

“With two levels overlooking one of the premier blocks on the Upper East Side, 680 Madison is the ideal location for luxury fashion brands in New York City,” said Joseph Sitt, the chief executive officer of Thor Equities. “Madison Avenue has long been a premier destination for high-end retailers and shoppers, and Brioni is continuing this trend.”

The Thor spokesman declined to identify the brokers in the deal and the length of the lease. It’s unclear when the company will move into the space.

Mr. Sitt bought the 35,000-square-foot retail space from Extell Development, which owns the rest of the building, for $277 million in early 2013, The Wall Street Journal reported at the time. But by that time, rents per square foot on the upscale Manhattan strip had dipped to $500—down from $1,500 per square foot before the recession.

Qatari designer Qela inked a deal for more than 6,000 square feet across two floors in January 2014, as Commercial Observer previously reported, with asking rents at $2,000 per square foot.