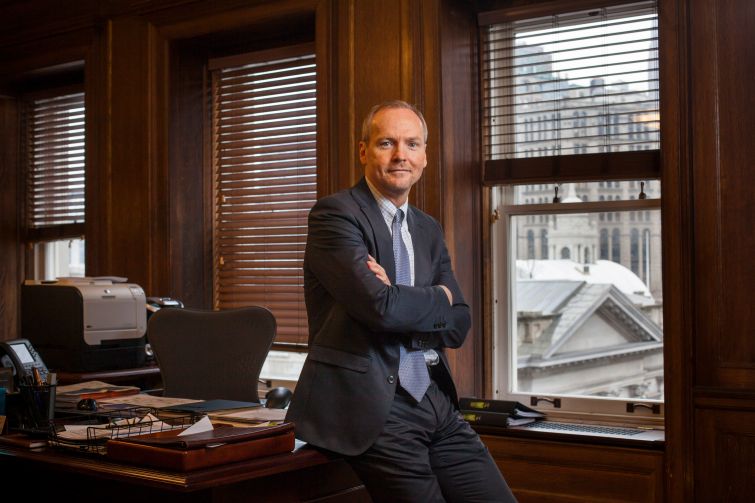 Less than a month after announcing a new initiative to help stalled construction projects get back on track, the city’s Department of Buildings Commissioner Rick Chandler is doubling down with a plan to “fundamentally reform the agency to enhance public and worker safety, slash wait times and delays and modernize all aspects of the agency to meet the needs of a 21st century city,” according to highlights of a DOB report being released today.

The department will receive an infusion of $120 million over four years which will allow for 320 new positions.

“We are making exciting changes in our safety and development operations, customer service, transparency and our collaborative relationships with other city and state agencies and authorities,” said Mr. Chandler, who has been in the post since July 2014, in prepared remarks. “I believe these reforms will get projects approved quicker while ensuring safe and code compliant development remains our top priority.”

In his February State of the City address, Mayor Bill de Blasio said the DOB needed “fundamental reform” so it could “better serve its customers.” He promised to “speed up inspections and cut bureaucracy, so that more jobs can be created and more housing can be built.” In today’s report highlights, the mayor  touts: “The package of reforms we are undertaking are going to vastly improve the service New Yorkers receive from the Department of Buildings.”

The DOB—which issued a record 140,000 construction permits last year—was dealt a blow in February when 16 city employees, 22 property managers and owners, six expeditors (middlemen between developers/architects and the city), two contractors and one engineer were arrested in a building inspection investigation of the buildings department and the New York City Department of Housing Preservation and Development. Those arrested, which included two DOB chiefs, were indicted for their role in widespread housing fraud and bribery schemes in Manhattan, Brooklyn and Queens.

The same month, CO reported that when it came to new buildings it was taking the DOB nearly twice as long to complete the first plan review, which is the period from the complete submission of the application to the date the plan examiner is able to issue a decision upon the submitted plans. As part of the current overhaul, the department plans to reduce the number of days it takes to review those plans to 10 days from 15.1 (and to 7.5 days for future state affordable housing).

“The American Institute of Architects New York Chapter is tremendously encouraged by these new initiatives designed to bring greater transparency and efficiency to DOB processes and ensure the public welfare,” said Tomas Rossant, AIANY’s 2015 president. “We look forward to continuing a dialogue with the agency about how to streamline the regulatory process so that our city can be renewed and restored with greater speed and economy.”