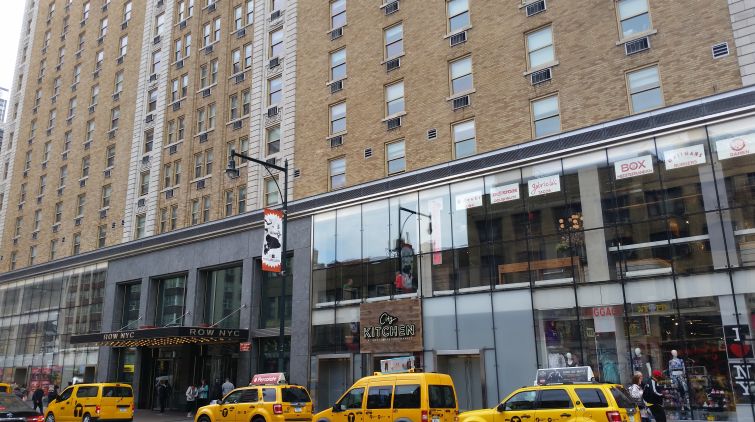 Thor Equities‘ roughly 27,000-square-foot three-story retail condominium unit at the base of the Row NYC Hotel, formerly Milford Plaza, has hit the market. A source said the property is expected to fetch in excess of $100 million.

The 26,883-square-foot site at 700 Eighth Avenue between West 44th and West 45th Streets includes four stores, the nine-vendor food court called City Kitchen (which opened in March and has a lease through March 2023), two souvenir shops and an 1,000-square-foot below-grade space leased to the hotel that is being built out for a gym, according to information obtained by Commercial Observer.

Following the completion of a $140 million redevelopment, the Times Square hotel reopened in March 2014 as Row NYC, as CO previously reported. Thor paid $64 million for the retail condo in April 2014.

“This is arguably one of the most foot-trafficked areas of New York City,” Mr. Schechtman said. “The density of theaters coupled with restaurants, proximity to Port Authority and Midtown and the nature of the retail, including the gourmet food court, have made this hotel a destiniation since the day it opened its doors for tourists and locals alike.”

Mr. Dayan added in prepared remarks: “Investors have an opportunity to acquire a unique asset.”