Tenant Inks Deal for Most of Aby Rosen’s 190 Bowery 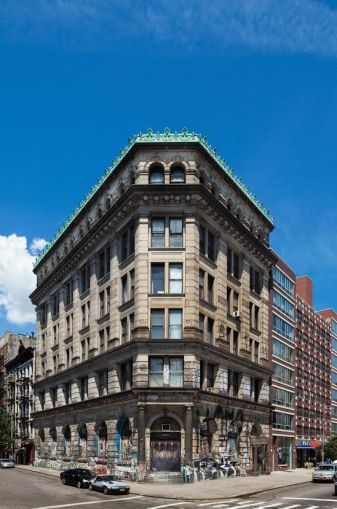 The consolidation-era 190 Bowery at the corner of Spring Street has a new tenant, following Aby Rosen’s RFR purchase of the building earlier this year.

The tenant, a composite of agencies representing professionals in the fashion industry, inked an 11-year deal for 29,750 square feet, RFR announced. It will take up the second to sixth floors of the 35,617-square-foot building.

The remaining space—just under 6,000 square feet on the first floor—will be for retail, Mr. Rosen said in a news release, and is still on the market.

“It’s serendipity that a group of renowned, international photo agencies has leased space previously occupied by Jay Maisel Photography,” Mr. Rosen said in prepared remarks. “With the upper floors fully leased, our attention is focused on finding a great tenant for the tremendous ground floor retail opportunity in one of New York’s most desirable neighborhoods.”

The limited liability corporation comprised of the agencies does not yet have a name, but is being led by Matthew Moneypenny, the chief executive officer of Trunk Archive, an image licensing agency that’s part of the group. The tenant plans to use the current configuration of the 72-room structure, according to RFR.

“We’re a very visual company and all the employees are very visual people,” Mr. Moneypenny told The Wall Street Journal, which first reported news of the deal. “Companies like ours tend to thrive in places that have a soul and a history.”

The grittiness of the building—showing a lot of wear and riddled with graffiti—will remain mostly intact and reflect the Bowery of old. That was Mr. Rosen’s goal when he bought the building for $55 million from photographer Jay Maisel. It a huge flip considering Mr. Maisel bought the 1898 building for $102,000 in 1966, according to multiple reports, turning it into his home and studio.

The Bowery has also significantly changed since Mr. Maisel bought the building, but still remains a haven for the arts, particularly photography. The International Center of Photography announced earlier this month it had closed on a ground-level condo at 250 Bowery to relocate its museum currently at 1133 Avenue of the Americas.

RFR is planning to resell 190 Bowery, which it announced it was buying last year and closed on in January. A Cushman & Wakefield team led by Robert Knakal is marketing the Nolita property. Mr. Knakal declined to comment.