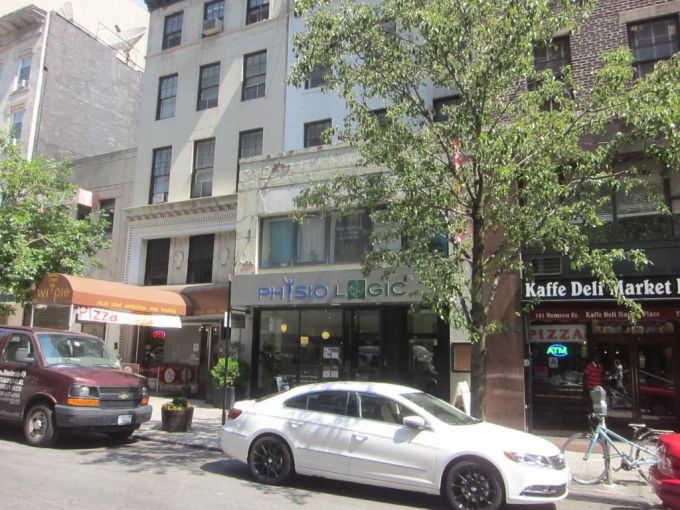 The plots where Quinlan's Remsen Street project will rise

Lonicera Partners and Quinlan Development are on the verge of putting together about $51 million in construction funds to build a residential rental property in Brooklyn Heights, Commercial Observer has learned.

The new project, targeted to local families, will hold 60 market-rate units, Tyler Wilkins, a partner at New York-based Quinlan, confirmed to Commercial Observer. Construction will be financed with a $36.6 million traditional mortgage from M&T Bank and $15 million in EB-5 funds, he said.

The luxury residence, at 157 Remsen Street, will start construction as soon as the low-rise residential and commercial buildings on the three-plot site are demolished, he said.

The EB-5 money is being sourced through NY Immigration Fund, which is still finalizing the paperwork, said Robert Roe, a vice president at NY Immigration.

The combination of EB-5 equity and traditional debt meant Quinlan didn’t have to bring in a J.V. partner, Mr. Wilkins said. Quinlan and Brooklyn-based Lonicera are co-developers in the project, both parties confirmed.

The project will hold larger apartments than the average in the area and also offer more bedrooms. The decision to build larger, to target Brooklyn-dwelling families was made due to the lack of family-appropriate housing in the immediate area, Mr. Wilkins said.

“When a three-bedroom opens up,” in the area “… some dirty play can occur,” he said, as families rush to beat the competition and secure the apartment.

The M&T loan has a total term of four years, with interest-only for the 24 to 30 months of construction, confirmed Matt Petrula and Jacob Weinstein of M&T. There is also an extension option for the mortgage.

“Right now we … have the investors lined up, others are in the process of wiring the funds over,” he said.

In the past, NY Immigration Fund has worked sourcing EB-5 funds for the SLS hotel Park Avenue and the Knickerbocker Hotel.

“What EB 5 investors look for is a shovel-ready project,” he said.

Construction on the Remsen Street project is expected to begin in June, Mr. Wilkins and the bankers said.