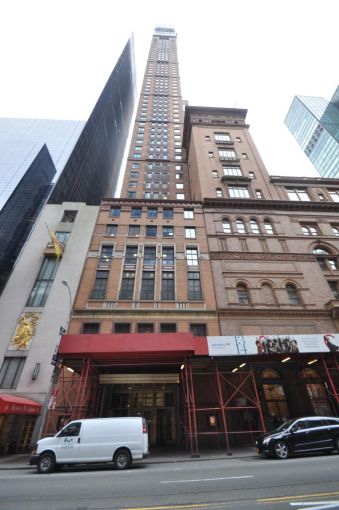 How do you get more than 10,000 square feet at Carnegie Hall Tower? Expansion!

Hedge fund Metacapital has more than doubled its office space in the tower to 10,500 square feet from 4,000 square feet in a lease renewal, Crain’s New York Business reported. At an asking rent of $105 per square foot, the deal gives the hedge fund the entire 38th floor of the 60-story office building at 152 West 57th Street between Avenue of the Americas and Seventh Avenue.

The 54th to 59th floors are currently on the rental market, Crain’s reported, with an asking rent of $140 per square foot.

A CBRE spokesman did not return a request for comment.

Carnegie Hall Tower has had some high-profile clients since going up in 1991. Celebrity law firm Grubman Indursky Shire & Meiselas, which has represented Bruce Springstein, Lady Gaga and U2, renewed its 26,000-square-foot lease there in January 2013, as Commercial Observer reported at the time.