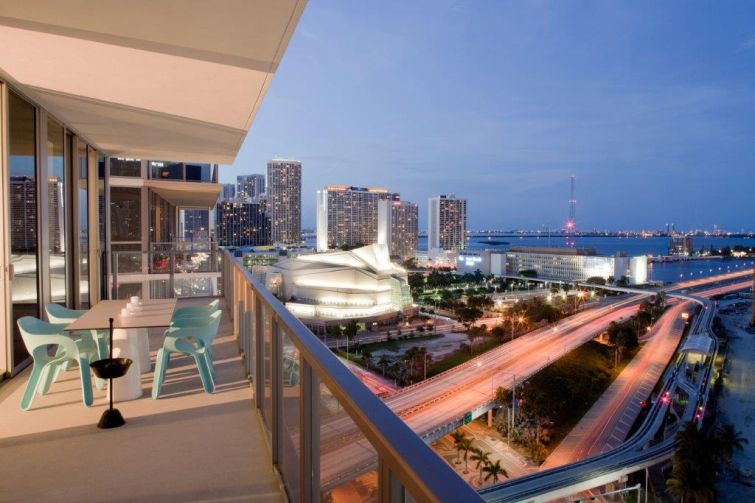 The 30-month debt, which comes with two 15-month extension options, carries a loan-to-value ratio of 67 percent, according to Terra’s CEO, Bruce Batkin. Terra’s portion of the loan also includes an earn-out component contingent on property performance, he said.

The new debt replaces $53 million in financing provided by Michael Dell’s MSD Capital in January 2014 when CGI purchased the condo space, which includes a hotel, parking garage and two wall-scape billboards. The loan also provides funds for renovation and repositioning of the commercial condo space.

The total capitalization cost for the project is $81 million and Mr. Dell still has subordinate equity in the units, CGI’s founder and CEO Raoul Thomas said.

The sponsor is in the process of converting the 56-room hotel “that came online at the wrong time,” into a 129-room U.S. flagship hotel for the Spanish brand Meliá Hotels International, according Mr. Batkin. “The entire orientation of the building is going to change as a result of the repositioning,” he said.

As part of the project, 14 unoccupied townhouse units will be converted into 42 poolside hotel rooms. CGI is also adding a STK Rebel steakhouse operated by the One Group, as part of the hotel property called Me Miami.

“We have been able to cross two hemispheres here,” Mr. Thomas said. “This is a huge value-add play for us with two very strong partners.”

Mr. Thomas’ firm began interior demolition in December 2014 and expects the renovation to be completed by this September.

The Marquis, located in Downtown Miami at 1100 Biscayne Boulevard, contains 290 residential units that have all sold out. The international holding and investment firm Africa Israel Investments built the tower in 2010.

“When we began negotiations to purchase the commercial condo properties in 2013, the value of the space was about $425 a square foot,” Mr. Thomas said. “Prices in the area are now in excess of $800 a square foot.”

“This deal is representative of Terra’s movement out on the spectrum to more repositioning, redevelopment, and ground-up deals,” he told Commercial Observer.