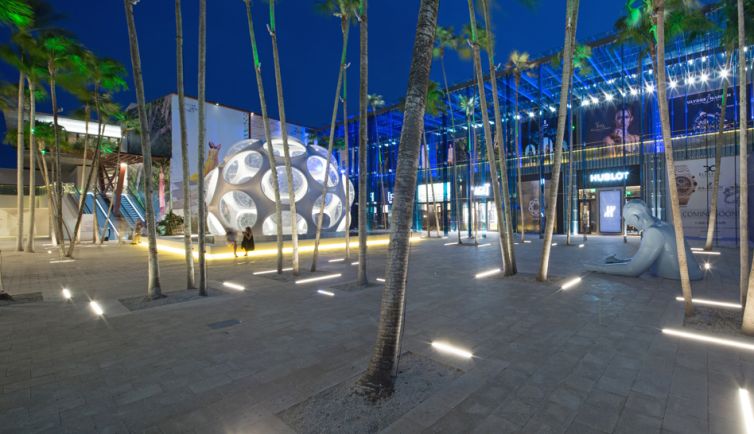 A trio of lenders—Deutsche Bank, Bank of China and the French banking network Crédit Agricole—is close to wrapping up the senior portion of a nearly $600 million construction loan for a retail mega-development in Miami, Mortgage Observer has learned.

The loan, to a joint venture led by Miami-based developer Craig Robins and the global real estate fund L Real Estate, is due to close in the upcoming weeks, a person familiar with the matter said on the condition of anonymity. Chicago-based General Growth Properties and New York-based Ashkenazy Acquisition are said to own minority interests in the venture.

Blackstone Group is in negotiations to take a $100 million mezzanine portion of the loan, according to another person in the know. Bank of China will take about $250 million in the deal, while Deutsche Bank and Agricole will divvy up the remainder of the senior debt, that person said. Representatives for all four lenders declined to comment.

The massive retail enclave, known as the Miami Design District, which encompasses an entire neighborhood, is expected to include more than 120 luxury-brand stores, as many as 20 restaurants, a boutique hotel, galleries, residential condominiums and large-scale public art displays.

The project, due for completion in 2016, is on its way to becoming one of the world’s highest-priced shopping districts with a total property value of at least $1.4 billion, according to previous reports.

General Growth and Ashkenazy acquired a 20 percent stake in the development from Mr. Robins’ real estate firm Darca and L Real Estate, whose investors include the Paris-based luxury goods conglomerate LVMH, for $280 million, the Miami Herald reported in October.

So far, the JV partnership has constructed more than a dozen buildings for 50 retail brands, including high-end fashion and jewelry companies Tom Ford, Louis Vuitton, Givenchy, Bulgari and Fendi. Most of the additional buildings under construction are pre-leased, according to one of the two people familiar with the matter.