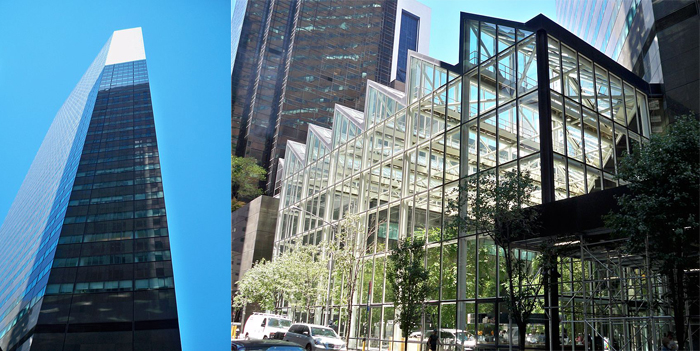 Plaza District office tower 590 Madison Avenue is shopping for a loan of up to $650 million, a source told Commercial Observer. A loan of that size could be one of the largest to close so far this year, if the landlord can find the funds.

The 42-story property’s owner, the State Teachers Retirement System of Ohio, has retained Cushman & Wakefield to source the funds, a representative for C&W confirmed.

The pension fund put a stake in the pricey tower—where top floors reportedly command three digit rents—on the market last October, according to a report at the time from Crain’s New York Business. At that point the building, at the corner of 57th Street and Madison Avenue, was valued at a whopping $1.5 billion.

Since the amount the owner is seeking amounts to an LTV of only around 45 percent, it seems likely that banks, funds and alternative lenders alike will be lining up to provide the cash—or to get in on a syndicated loan on the property.

The tower, previously called The IBM Building (before that name was applied to Edward Minskoff‘s 51 Astor Place) was last refinanced in 2007, when Goldman Sachs provided the pension fund with $350 million, according to city records. Mr. Minskoff handles rentals at 590 Madison still and developed the property in 1983, according to previous reports.

Tenants at 590 Madison include some top shelf financial services firms, such as UBS, Morgan Stanley and former presidential candidate Mitt Romney’s former employer, private equity firm Bain Capital. In addition to 39 floors of office space, there are three floors of retail and an underground parking garage.

A C&W team of Steve Kohn, Alex Hernandez, Chris Moyer and Alex Lapidus are representing the owner, according to a representative for the brokerage.

A call to STRS of Ohio was not immediately returned.