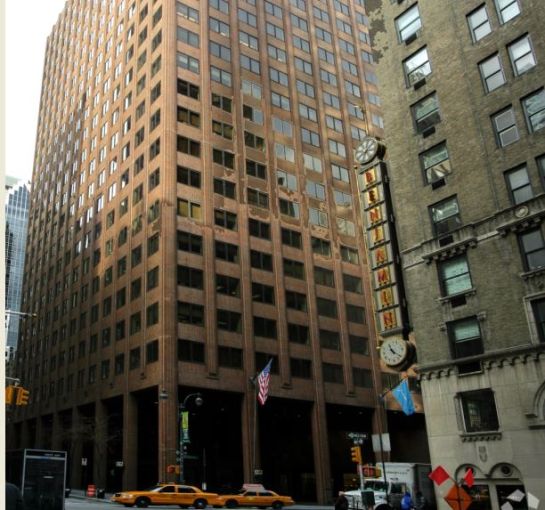 Vodafone Group signed a lease for 34,408 square feet at 560 Lexington Avenue, doubling its current space, as first reported by The Wall Street Journal.

According to a spokeswoman for Vodafone this expansion is in line with the company’s active expansion throughout the Americas to better serve its multinational customers. The new space will accommodate new hires,told Commercial Observer.

The 400,000-square-foot building at the northwest corner of Lexington Avenue and 50th Street is owned by Rudin Management Company.

This is a new, 10-year lease for the telecommunications giant, which has been leasing 17,204 square feet on the building’s ninth floor since 2009, according to a spokesperson for Rudin. Vodafone will now occupy the eighth floor of the 22-story building as well. The space was previously occupied by Verizon.

The asking price was not disclosed but the Journal reported it as mid-$60s per square foot.

Thomas M. Keating and Kevin P. Daly of Rudin represented the building’s ownership. William Fressle of Cushman & Wakefield represented the tenant. He did not immediately respond to a request for comment.

Approximately 55,000 square feet of office space—including the top two floors—will be available this year for long-term lease at the building.

Last year Skidmore Owings and Merrill was hired to lead the renovation of the building’s pedestrian space, lobby, elevators, retail storefronts and subway entrance. The recently completed lobby has Spanish granite flooring, limestone from Portugal and a glass entrance. The public plaza—which leads to the 6 train- is expected to be completed by spring.