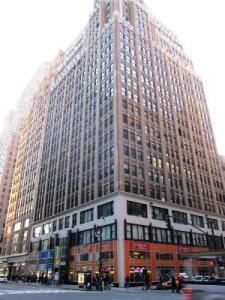 Rosenwasser/Grossman Consulting Engineers, the structural engineering firm that has worked on scores of residential projects in New York City, now has a new home of its own.

Commercial Observer has learned that the company has signed a 10-year lease for 8,000 square feet at the Kaufman Organization’s 519 Eighth Avenue between West 35th and West 36th Streets. RGCE will occupy the 20th floor.

The Kaufman Organization’s Steven Kaufman and Barbara Raskob represented both the tenant and the landlord in negotiations. Asking rents were in the $40s per square foot.

“The Kaufman Organization and RGCE have a longstanding relationship—the firm was a former tenant at Kaufman’s 132 West 36th Street for a number of years,” said Mr. Kaufman in prepared remarks. “519 Eighth Avenue accomplishes a series of business goals; it affords RGCE the opportunity to be in close proximity to major mass transportation hubs like the PATH and Penn Station, and the firm’s expansive new space allows it to hire additional staff to accommodate the influx of new and exciting projects.”

Some of the more high-profile projects RGCE has worked on in the greater metropolitan area include CitiSpire, MiMA, the Albert Einstein College of Medicine and the Tiffany & Co. building.

RGCE is expected to move out of its current office on the 15th floor of 485 Seventh Avenue between West 36th and West 37th Streets and into its new space on May 1.