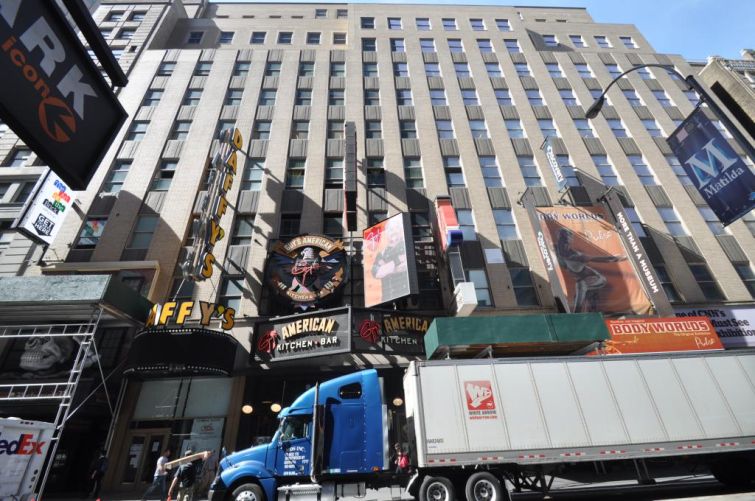 The property at 229 West 43rd Street, formerly known as The New York Times Building, has a new tenant. WGSN leased 27,000 square feet at the building between Seventh and Eighth Avenues, as reported by the New York Post. The fashion trend forecasting service is taking a pre-built space on the seventh floor of the 16-story, 767,000-square-foot building. It will share the floor with PubMatic, a tech company that signed a lease for 18,911 square feet last fall, as reported by Commercial Observer.

Matt McBride of CBRE represented the tenant, which will consolidate from several locations, the Post reported. Mr. McBride did not immediately respond to a request for comment.

Brian Waterman, Lance Korman, Brent Ozarowski and Jonathan Tootell of Newmark Grubb Knight Frank represented the owner, Blackstone’s Equity Office, that has just 30,000 square feet left to fill at the property. NGKF did not immediately respond to a request for comment.

The building is already also home to a number of tech and media companies, including Yahoo!, Snapchat, MongoDB and online advertiser Collective.