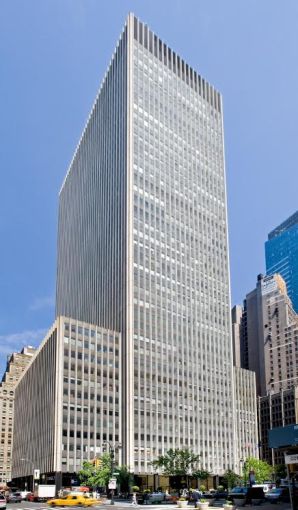 Manhattan Beachwear renewed its lease and took additional space at 1411 Broadway, according to a representative for Callahan Capital Properties, asset manager of the property for the ownership venture: The Swig Company and Ivanhoé Cambridge.

Manhattan Beachwear will move from the 32nd to the 31st floor to occupy 12,768 square feet in the next month, according to a spokeswoman for Newmark Grubb Knight Frank. Through predecessor companies it acquired, the company has been a tenant since 1985, having grown from about 3,000 square feet, said Bernard Weitzman of NGKF. Mr. Weitzman represented Manhattan Beachwear in the deal.

“In the old days, when the neighborhood was mostly apparel, it was essential to be in the building. Now it’s not as essential but we explored the market and the best option was 1411 Broadway because of the quality of the building, the quality of the ownership, and the renovations they’re going to do,” said Mr. Weitzman. “And there are extraordinary views. Manhattan Beachwear didn’t have to be here. They wanted to be here.”

The lease is for approximately 10 years, said a spokesperson for Callahan Capital Properties and Ivanhoé Cambridge. According to its website, Manhattan Beachwear produces 18 million garments annually for a variety of brands, including Trina Turk, Polo Ralph Lauren, and 24th & Ocean.

“The tenant almost doubled in size,” said CBRE’s Paul Amrich of the recent deal. He represented ownership along with colleagues Patrice Meagher, Neil King and Emily Jones. “The building is a great iconic asset that is going through a major capital upgrade program. Current tenants are very supportive of that,” Mr. Amrich said.

Also in the 1.1-million-square-foot building, YKK U.S.A. renewed its lease for 4,674 square feet on the 25th floor for approximately five years. The manufacturer of zippers and related parts for the apparel, luggage, sporting goods, government safety and auto industries, uses its space for offices and first took occupancy in 1999.

CBRE noted that asking rents for both leases were $75 per square foot. The same team represented ownership in the YKK U.S.A. transaction. Ira Fishman of EVO Real Estate Group represented YKK U.S.A. Mr. Fishman declined to comment on the transaction.

According to press releases at the time, in November 2012 Ivanhoé Cambridge, a real estate subsidiary of institutional fund manager Caisse de dépôt et placement du Québec, acquired a 49.9 percent ownership interest in the 40-story building for more than $360 million.