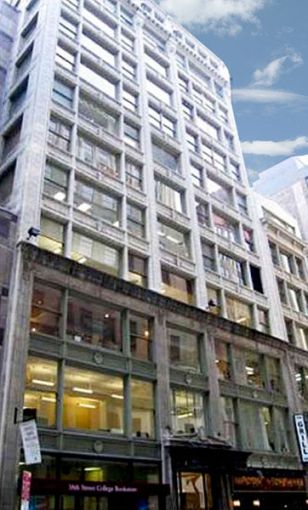 “It’s a boutique side street building with huge windows, exposed ceilings, hardwood floors and priced right,” said Scott Brown of Newmark Grubb Knight Frank via a spokeswoman. He represented the tenant. “The company has been in the building less than a year, so it is exciting to see it grow in such a short amount of time.”

In June the video-solutions provider moved into 11,750 square feet on the sixth floor of the century-old, 12-story building located between Avenue of the Americas and Fifth Avenue.

By April it will begin to occupy new space on the ninth floor with some of the staff from its existing sixth-floor space and new employees hired by the growing company. Kind Snacks previously occupied the ninth-floor space. It moved to 1372 Broadway.

Ron Zimmerman and Andy Udis of ABS Partners Real Estate represented the landlord in the transaction.

“Within six months of leasing LongTail decided it needed additional space and wanted to commit to roughly 30 percent more than what it currently had in the building,” said Mr. Zimmerman in prepared remarks.

The building has only one floor of availability remaining: the entire move-in ready 11,750-square-foot fourth floor.