Greystone and Sentosa Team Up for Long Island Nursing Development 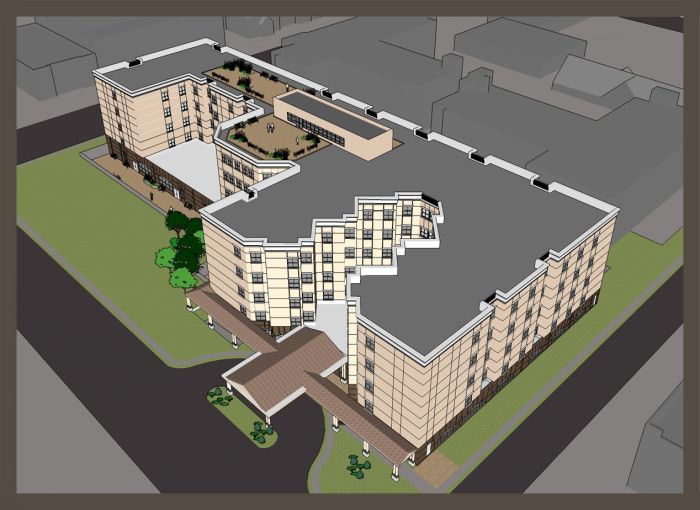 The two companies signed a deal in which Greystone will serve as development manager and financier for the 178,854-square-foot, five-story property to be called the Woodmere Rehabilitation and Healthcare Facility.

The arrangement is a first for both parties.

“It’s an organic situation where a long-term relationship turned the corner into a unique scenario we haven’t explored before,” said Jeffrey Simpson, head of Greystone’s development arm. “Sentosa has been a client of ours for more than a decade, so there’s a proven synergy.”

The total project is estimated to cost $85 million. Sentosa, which owns the land, is contributing about $21.7 million in equity while Greystone is seeking a $63.3 million construction loan on behalf of the sponsor for the ground-up development.

The development site on Franklin Place in Woodmere—part of the Five Towns community bordering Queens—contains seven lots in total. Sentosa gradually assembled the plot of land through multiple acquisitions within the past decade, according to Bent Philipson, the company’s owner.

“We’re very excited about this project,” Mr. Philipson said. “It’s a milestone for us and we look toward to serving the residents of the Five Towns community in Nassau County with this new state-of-the-art facility.”

The 280-bed skilled nursing property is in its pre-development phase and is due for completion in early 2017. Sentosa is currently leasing a facility next door to the development site and will relocate its residents upon completion.

Greystone will assign two to three in-house people to work on the project alongside more than 200 outside consultants and contractors, Mr. Simpson noted.

“The facility design and major entitlement work are complete,” he said. “We’re now in the process of finalizing the construction contract and fine-tuning the actual construction team.”

In an effort to replace its “aging portfolio of skilled nursing facilities,” New York State has adjusted its Medicare reimbursements to replace old facilities with new ones, Greystone’s chief executive office, Stephen Rosenberg, said in a recent interview with Commercial Observer.

“But we’ve found that some of the really good operators are not developers and don’t always have all of the equity to go in,” he said, leaving a space for exactly this type of deal.