Gaul in: The French Affair With NYC Real Estate Is in Full Flower 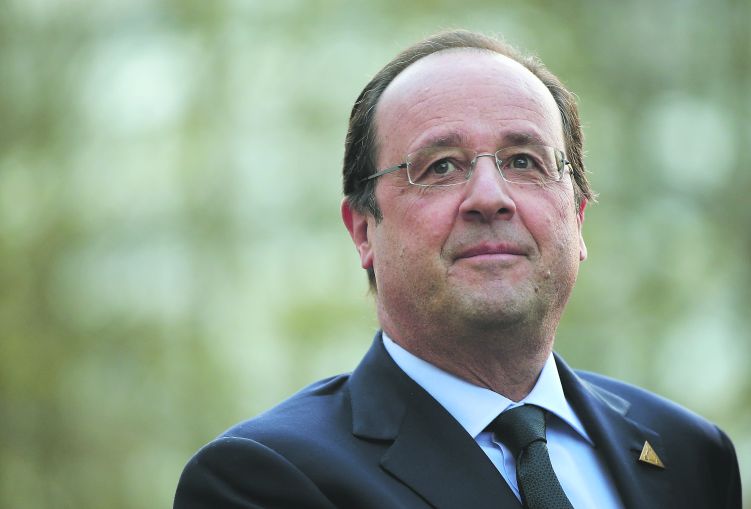 HOLLANDE TUNNEL: With a weak euro, a 75 percent taxation rate and Socialist François Hollande leading the country, many French investors think the time is right to put their money in New York City. Lauren Elkies Schram

New York City is getting a French kiss from Gallic investors looking to park their money in commercial real estate.

“The political climate has not been good the last two years with taxes rising up,” said Rémy Raisner, the founder and chief executive officer of Proteus Capital Management. He said France’s Socialist president, François Hollande, ran a campaign on increasing taxes and since his election in May 2012, “the economic outlook hasn’t been great.”

Bertrand de Soultrait, the French founder of Bertwood Realty, said investment in New York commenced following Mr. Hollande’s election as “the taxes went up tremendously. [And it was the] same thing on the capital gains and taxes on revenue.” And it has continued since then.

Mr. Raisner, who moved to the U.S. from France 13 years ago, invests in small mixed-use buildings in non-prime Manhattan and Brooklyn neighborhoods with his own capital as well as money from French and U.S. investors. The properties range in size up to 50 residential units and in price up to $50 million.

Benoit P. Pous Bertran de Balanda, the president of real estate investment group Black Tulip Organization, said that his company has seen a “new wave of French investors, mostly because of the new French president” and the increase in income tax, corporate tax and VAT.

The fear in France is reminiscent of when Socialist François Mitterrand was elected president of France in 1981, Mr. Pous Bertran de Balanda said.

Another contributing factor is the euro hitting a low against the dollar, which is continuing to prompt French investment in commercial properties in U.S. markets like New York City. While the pace of the drop in values has cooled off a bit—the euro decreased to $1.10 this month from $1.12 a month prior—it is still a motivator.

Mr. Soultrait’s firm, which is the exclusive broker for Black Tulip in New York, has seen “more demand from the French because the retail in France is very weak right now.”

He exclusively brokered the deal bringing French pastry specialty shop Aux Merveilleux, with its eponymous merveilleux—meringue treats covered with whipped cream—to 37-41 Eighth Avenue in the West Village, as Commercial Observer previously reported. When it opened a couple of months ago, it became the high-end French boulangerie’s first location in the United States. Aux Merveilleux hopes to open another location in four to six months.

Other French clients for Bertwood Realty include eyewear company Anne et Valentin and shoe store Noma, which both have a presence in New York City and more locations on the way.

Safety is likewise a concern for French residents following the deadly Jan. 7 terrorist attack on Charlie Hebdo’s Paris offices, Mr. de Soultrait said. And there has been an uptick in French Jews migrating to New York City starting at the beginning of 2014, following a spate of anti-Semitic incidents, as New York Observer previously reported.

Attorney Marlen Kruzhkov with Gusrae Kaplan, who works frequently with French investors in New York, said last year he had a French Jewish client who invested in a Brooklyn property and his desire was “driven by anti-Semitism.”

“He was basically closing down shop” in France, Mr. Kruzhkov said. “It was money he would have otherwise invested in France. But there was no more future in his mind.”
Immigration issues can be a motivator in making real estate decisions.

The director of real estate brokerage at Suzuki Capital, Colby Swartz, said many French clients have approached him, looking to open a bakery, restaurant or bar, particularly over the last one and a half to two year in New York City, “often for immigration purposes.”

Steve Maggi of SMA Law Firm, which specializes in U.S. immigration and consular law, said he has seen an increase in French citizens investing in businesses like real estate projects, in order to obtain an E-2 visa.

“The E-2 non-immigrant classification allows a national of a treaty country (a country with which the United States maintains a treaty of commerce and navigation) to be admitted to the United States when investing a substantial amount of capital in a U.S. business,” the U.S. Citizenship and Immigration Services website reads.

The increase, Mr. Maggi said, is because there is no limit on the number of E-2 visas issued per year and there has been an increase in people obtaining French citizenship.

In addition, there is the popular Immigrant Investor program known as “EB-5,” (another program which provides a green card to foreign nationals who invest large sums of money—starting at $500,000 in targeted employment areas—in commercial enterprises), which has contributed to many of the massive development projects across New York City, and in which French citizens have participated.

Picking up a New York City buildings with some cachet can be inspiring for some French investors.

Bond New York agent Rey Kapadia has a French investor client who is working on raising a fund to purchase a landmark office building in Midtown East with what the client considers “trophy” appeal. He said the fund has raised $250 million out of the $600 million required to acquire the property and the land.

Mr. Kapadia said that Europeans in general are looking for real estate ventures in New York City because they consider it a more stable market with lower capitalization rates.

It’s not that French investing in New York City is a new phenomenon, but it’s not showing any signs of slowing down.

Last June Mr. Eyn represented the seller of 124 East 37th Street, a 6,000-square-foot, multi-family building with three duplexes, in a deal with a Frenchman who bought the property for $5 million. The purchaser has now tapped Mr. Eyn to resell it for $6.595 million.

“If he sells it for $6 million, he’s making a $1 million profit, and then if he transfers it back to euros, [he] will make another 25 percent to 30 percent,” Mr. Eyn said, due to the spread.

French native Xavier Guery established XNV Properties in 2013 as his personal investment vehicle, and later decided to make it a full-time career. The firm made its first acquisition last year—a four-family townhouse located at 371 Baltic Street in the Boerum Hill section of Brooklyn. XNV plans to convert the property into a four- or five-story high-end residential condominium building with four or five units.

“I wanted to launch my own business, and saw opportunities in the real estate market in New York City,” Mr. Guery said via email. “Furthermore, I had no intention of going back to France as I felt the overall economic conditions, the mood, the local real estate market over there were and still are depressed.”

A French sales agent at Bertwood Realty, Richard Gnouma, said he had two French customers that each separately bought a multi-family townhouse in Harlem. One client bought the home as investment and for personal use when he’s in New York City and the other one bought it for personal use.

“A lot of the people who cannot see a yield anymore in London or Paris are turning to the U.S. to invest,” Mr. Gnouma said. “New York is a stable city, with a strong greenback and a huge concentration of wealth on commercial and residential real estate. There’s still some yield to be had.”