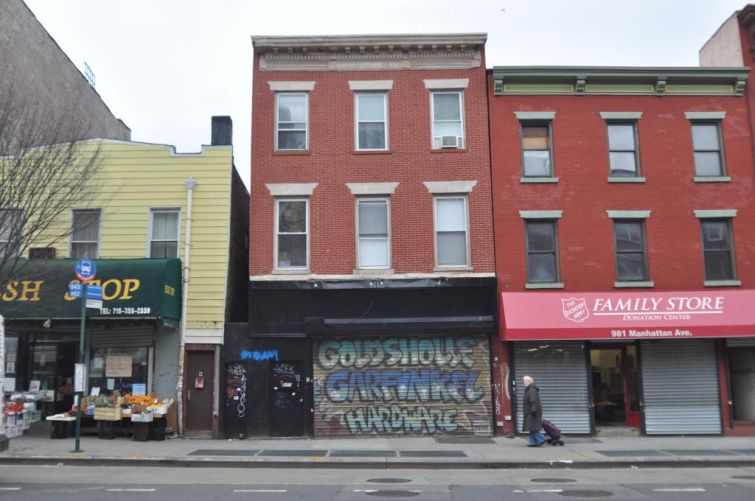 B&B Global Development has purchased a three-story, 14,300-square-foot, mixed-use building in the Greenpoint section of Brooklyn, for $4.8 million. Despite 977 Manhattan Avenue selling for less than its latest $4.995 million asking price, Jeffrey Schleider of Miron Properties said it is a record price for a mixed-use building in that neighborhood. Mr. Schleider brokered the sale along with colleague Bram Lefevere.

B&B plans to build a 17,500-square-foot mixed-use building with 3,000 square feet of retail on the ground floor and residential condominiums above, according to Victor Baranes, the president of B&B. He said the building will be eight stories with 14 apartments. Mr. Baranes has tapped Gerald J. Caliendo Architect as the architect for the project.

While B&B was initially planning for a rental building on the L-shaped lot between Huron and India Streets, but based on the significant demand for condos, B&B decided on a condo play.

“There’s so much demand there,” said Mr. Schleider, whose firm is also consulting on the development and will represent the condo unit sales when they are brought to market. “There are so many people coming from Williamsburg that want that kind of north Brooklyn thing but want something quiet.”

The sellers are the children of the late Murray Goldsholle, who owned and operated a hardware store called Goldsholle & Garfinkel in the building for decades. The hardware store closed several months ago and the two floors of residential units above were vacated prior to the Feb. 8 date on which the property traded hands. The sale was recorded with the city on Feb. 24. The price was $4.1 million but the buyer flipped the contract to B&B for $700,000.