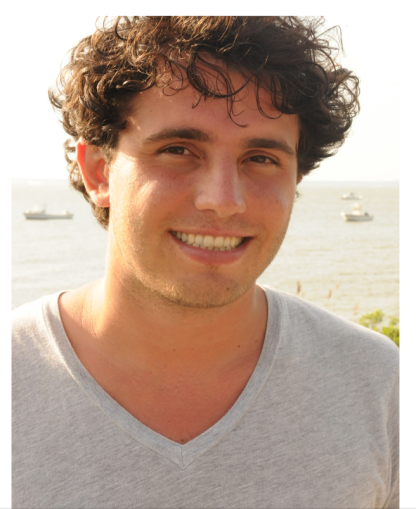 The company is still in its infancy; Mr. Calatrava, 32, works out of an Upper East Side home studio on Park Avenue and he has not yet settled on a name (the firm was filed under Gabriel Calatrava LLC and has the working title GAC2109, after his Columbia University student ID). However, Mr. Calatrava has already been commissioned for five projects, including an apartment at the Museum Tower at 15 West 53rd Street across from the Museum of Modern Art and a stage design for the Brentano Quartet playing “The Art of the Fugue,” by Bach at the 92nd Street Y.

Mr. Calatrava said many of his clients have reached him through referrals. “I have been fortunate enough that people who have seen my work have either become my clients or referred me to others,” he said. “For example, someone who recently saw my work at 709 Park Avenue, where I designed the interior of one of the apartments, is now working with me on their new apartment at the MOMA Tower.”

Mr. Calatrava had an international upbringing. He was born in Zurich and at the age of 7 he moved with his parents to Paris. While Paris was Mr. Calatrava’s home base, when he was 10 he was sent to England for boarding school. He finished his high school studies at Lakefield College in Canada and then went on to study at both the ETH Zurich, the Swiss technology and natural sciences institution, and Columbia University.

Mr. Calatrava boasted that the way he designed the layout at the 2,400-square-foot apartment at Museum Tower—with a flexible system of walls to display the owner’s extensive art collection—was unique.

“The way that we did it has never been done before, as far as we know,” Mr. Calatrava said.

The walls can be moved mechanically and can also create new rooms within the apartment. “The apartment is not big enough to display the whole collection, so we said ‘Why don’t we do a series of three walls that move and show the art, but you can store them away?’ ”

Mr. Calatrava is also working on an updated entrance for a client (whom he said he could not identify) at 45 Warren Street in Tribeca, a design for a home in the Hamptons and an art exhibit for sculptor Alexander Calder at the Dominique Levy Gallery at 909 Madison Avenue this spring.

When asked about his penchant for residential work, Mr. Calatrava said, “I think it’s very honorable to be in residential.” He added: “My dream is to do infrastructure projects and bridges. That would be amazing. But being in New York…there’s a massive residential market,” he said. “So the work…will be statistically be more residential.”

Mr. Calatrava also stressed he is resisting the trap into which many architects have fallen: having one aesthetic.

“What we want to fight against is having a signature design of ourselves,” he said. “We want to be marketed for the problem-solving skills that we can bring to a project. And then have the freedom to express something in the best manner.”

Santiago Calatrava hinted that his son’s career choice may have stemmed from his upbringing.

“Since my office has always been located adjacent to our home, in the tradition of ‘casa bottega’, Gabriel spent his childhood in the midst of architects and engineers,” the senior Mr. Calatrava said. “This, combined with fine education, provided not only an opportunity, but a challenge to flourish in his own right.”