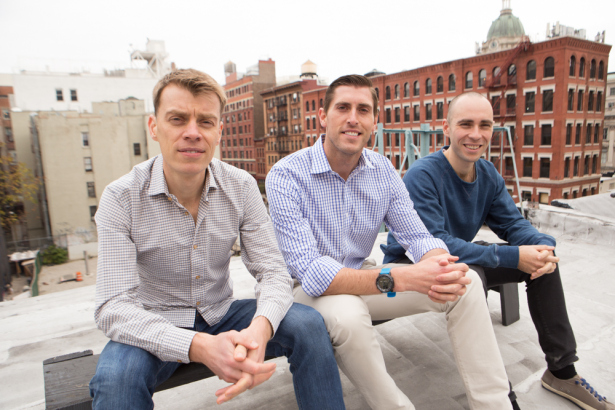 Hightower, a leader in commercial leasing process digitization, has teamed up with Floored, an interactive 3-D property visualization company, Commercial Observer has exclusively learned. By integrating Floored’s technology into the Hightower platform, potential tenants and brokers will be able to take virtual tours of a property.

Currently, Hightower tracks more than 10,000 vacant units totaling almost 40 million square feet. Many of these properties are in various stages of the renovation process. By using Floored to model a post renovation property, tenants will be able to more easily visualize the final space.

“Tenants struggle to visualize how space might look, landlords spend billions of dollars on speculative space construction,” Brandon Weber, founder and CEO of Hightower, explained to CO. “Floored greatly reduces this need by delivering a virtual tour experience showing the tenant exactly how their space will look once built out. We believe this can save Landlords billions in spec build out costs.”

Hightower is locked in a bloody battle with VTS (fka View the Space) to disrupt the commercial leasing business, whose biggest players sometimes still manage their portfolios via old-fashioned methods, (sometimes even including Excel spreadsheets!) VTS has signed up SL Green Realty and Vornado Realty Trust; Hightower counts Beacon Capital, JLL, Cushman Wakefield, Two Trees Management and Cassidy Turley among its customers. Both companies promise tremendous efficiencies and analytical advantages as they rush to sign up the industry’s biggest players to their platforms. (Thrive Capital is an investor in Hightower; Thrive is run by Josh Kushner, who is the brother of Commercial Observer publisher Jared Kushner.)

The partnership will make Hightower the only leasing platform to offer 3-D tours on a mobile application. The app is particularly popular with East Coast brokers. Once a tour is complete, it can be saved in the system to pass to a business partner as needed. “For the first time in history, rather than sending a flat floor plan, agents and owners can actually walk tenants and brokers through interactive digital 3-D models of floors of their buildings,” Dave Eisenberg, CEO of Floored, told CO.

Many of Hightower’s clients are bicoastal and Mr. Weber hopes the Floored integration will allow tenants contemplating expanding to the opposite coast a more streamlined experience. “That’s one of the scenarios we are excited about,” Mr. Weber said of Los Angeles based tenants seeking New York City property.

Both Mr. Weber and Mr. Eisenberg expressed positive sentiments about working together, however, Mr. Weber noted that there were no plans for Hightower to acquire Floored.